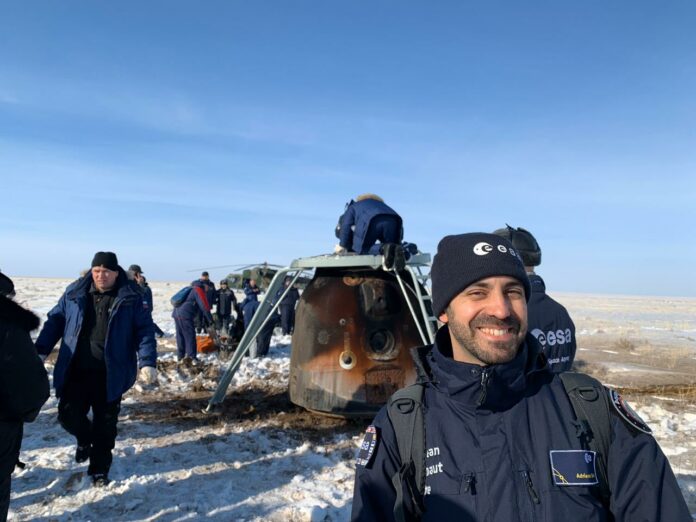 Dr. Adrianos graduated from Aristotle University of Thessaloniki (AUTH), Greece. Unlike millions of doctors who choose clinical specializations, he decided to pursue a non-clinical speciality of space medicine. Moreover, in 2013, he obtained a Master’s Degree in Space Studies from International Space University, France.

Dr. Adrianos worked as a diligent intern at ESA’s European Astronaut Centre where he researched Medical and Psychological Astronaut Selection Criteria for human missions to Mars. Evidently, the research report was well-researched and well-documented. For this reason, it was presented at a high-profile conference of the Aerospace Medical Association (AsMA).

The successful internship led to selection by the European Space Agency (ESA) and the French Polar Institute (IPEV) for medical experiments and research at the Antarctic Station of Concordia.

Furthermore, in 2016, Dr. Adrianos served as a Medical and Scientific Specialist at MEDES Space Clinic in Toulouse, France. MEDES-IMPS (Institute for Space Medicine and Physiology) is an affiliate of CNES, the French National Centre of Space Research, which conducts clinical studies simulating life in space and provides medical services to Astronauts.

Currently, Dr. Adrianos Golemis is working as an ESA Flight Surgeon in Germany. He is responsible for the health of mission-assigned European astronauts.

Away from the Spolight

Flight surgeon is a term unknown to many medical students. In addition, they have never been introduced to this non-clinical speciality of medicine.

The term ‘flight surgeon’ does not hint about the actual profession. The name itself does not describe the work and responsibility of doctors in this speciality.

The working setup for flight surgeons is completely different from stereotypical hospital premises. Flight surgeons from different countries work together at the European Space Agency (ESA). The headquarters of ESA is located in Paris, France but it operates in Germany, France, Italy, Spain, Netherlands, Switzerland, Belgium, United Kingdom (UK), Denmark, and Sweden.

Becoming a flight surgeon didn’t happen by incidence. Dr. Adrianos was inclined towards physics and space since childhood. Hence, he smartly coupled the two interests and made them one.

A Usual Day at Work for Flight Surgeons

Dr. Adrianos Golemis’ work responsibilities are thrilling. Working with astronaut is different from working in a hospital dealing with coughing, bleeding, fainting and critical patients.

Doctors earn gratitude every day. Each one of them deals with patients who return with a thankful attitude and prayers. However, flight surgeons do not deal with hundreds of patients. A handful of otherwise healthy astronauts rely on flight surgeons for their health in space. Thus, feelings of contentment and gratitude for flight surgeons springs from different sources.

Dr. Adrianos Golemis dedicated one year of life to research at Concordia Research Station, Antarctica. A doctor at work in Antarctica is certainly an exhilarating fact. Dr. Adrianos and his team could not leave the premises of the station due to the extremely low temperature of Antarctica. No plane or vehicle could reach them. Therefore, to leave the station, they had to wear a heavy polar suit with many layers that made them look like astronauts. Even after leaving the station and going outside, they couldn’t stay under the open sky for long due to frost. Eventually, they had to return to isolation.

One of his greatest memories is from his time in the Concordia Research Station. He said,

His content attitude while sharing his experience reflects upon how satisfied he is with his profession. Furthermore, his achievements as a flight surgeon are tremendous.