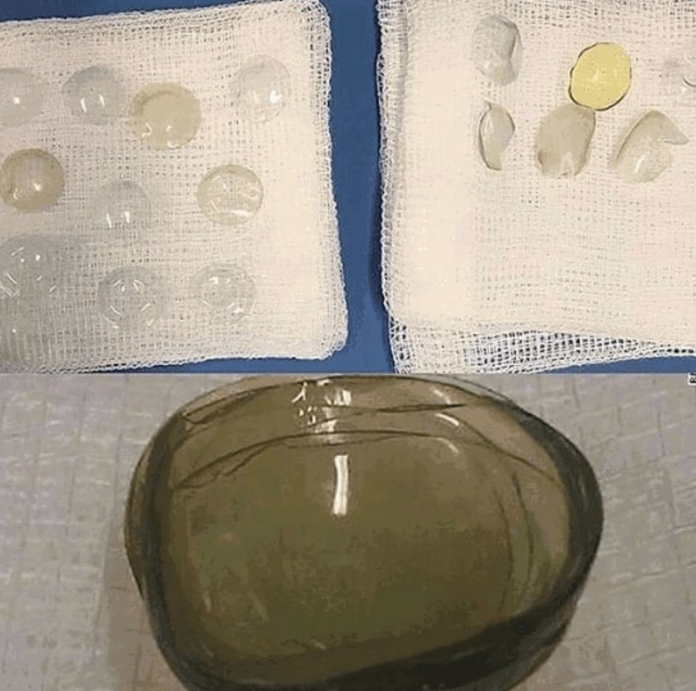 For years, she had assumed that the strange sensation in her right eye was just a part of a changing body, nothing worth troubling over. Fortunately for the 67-year-old woman, doctors preparing her for routine cataract surgery last November discovered the source and removed it. The woman’s eye had become home to a hard, bluish mass of 27 contact lenses held together by mucus. The lump the medical team discovered was composed of 17 contact lenses,  and on further examination, they found 10 more.

It is not clear how long the lenses were in the woman’s eye, but she had worn monthly disposable lenses for 35 years, the doctors said. The cataract surgery was postponed because of a greater risk of infection, but it was later carried out with no long-term complications. Doctors speculated that the patient’s poor vision and deep-set eyes may have contributed to her not noticing the accumulating mass.

The team of doctors decided to publicize the case to raise awareness about safe contact lens use. While contacts can be an effective way to correct vision, experts note that they must be treated with care.
Credit: British Medical Journal

Visual disturbances as an initial presentation of primary Sjögren syndrome

Stomach Pain Can Be A Symptom Of Worms In The Gut

On Monday Moderna announced it would apply for emergency approval of its coronavirus vaccineThe pharmaceutical company released data showing its vaccine is...
Read more

A ringing sensation in the ear unveiled to be an anomaly A 41-year-old female presented with complaints of a...
Read more