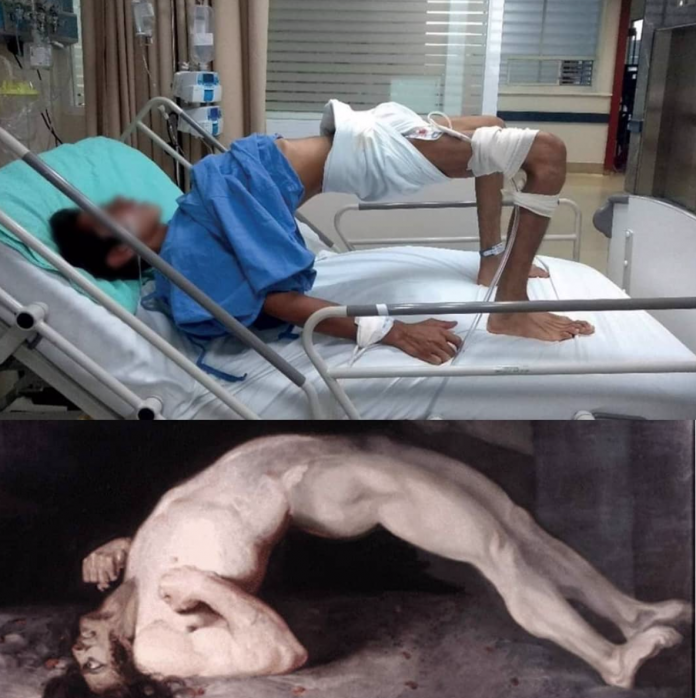 Centers for disease control and prevention (CDC) has released a case study of the first pediatric case of Tetanus in over 30 years in the united states: A boy aged 6 years who had received no immunizations sustained a forehead laceration while playing outdoors on a farm; the wound was cleaned and sutured at home. Six days later, he had episodes of crying, jaw clenching, and involuntary upper extremity muscle spasms, followed by arching of the neck and back (opisthotonus) and generalized spasticity. Later that day, at the onset of breathing difficulty, the parents contacted emergency medical services, who air-transported him directly to a tertiary pediatric medical center. The boy subsequently received a diagnosis of tetanus and required approximately 8 weeks of inpatient care, followed by rehabilitation care, before he was able to resume normal activities.

The boy required 57 days of inpatient acute care, including 47 days in the intensive care unit. The inpatient charges totaled $811,929 (excluding air transportation, inpatient rehabilitation, and ambulatory follow-up costs). One month after inpatient rehabilitation, he returned to all normal activities, including running and bicycling. Despite extensive review of the risks and benefits of tetanus vaccination by physicians, the family declined the second dose of DTaP and any other recommended immunizations.
(photo is not the actual patient)

Baby born with a tail