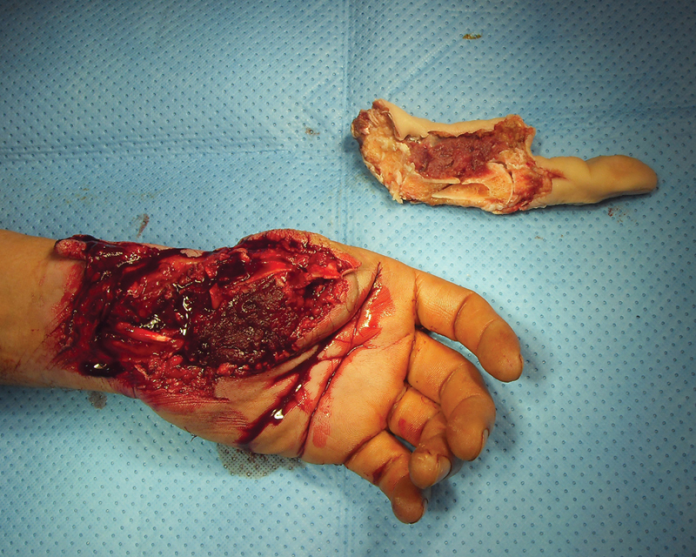 This case is of a 44-year-old male patient who presented to the emergency department with his thumb amputated because of an accidental injury while using an electrical saw.

Physical examination showed that the thumb was severed at the radial part of the hand. Whereas, the margins of both the thumb and the hand were damaged and crushed. However, the circulation of the index finger was still intact.

The wound was further explored under general anaesthesia and with tourniquet control. Further examination showed that there was no damage to the radial artery. The superficial palmer branch of the radial artery on the thenar area of the amputated thumb was found intact with the venae comitantes.

The wound was fixed with K-wires after thorough debridement. The standard postoperative protocol for replantation was followed and the K-wires were removed after 4 weeks.