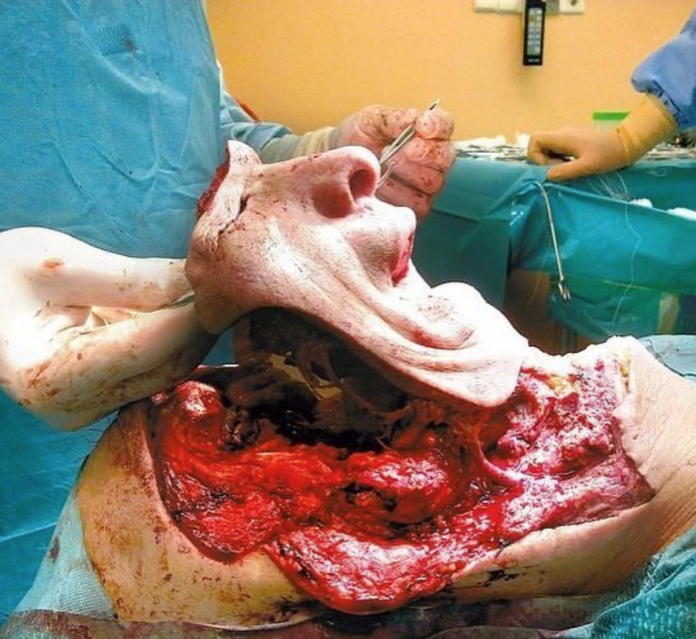 This 33-year-old man received a face transplant just three weeks after being disfigured in a workplace accident, in what doctors said is the fastest time frame to date for such an operation.

Face transplants are extraordinarily complicated and relatively rare procedures that usually require extensive preparation, typically months or years. But this patient’s condition was deteriorating so rapidly that a transplant was seen as the only option.

He was injured in an April 23 accident at his job at a stone mason’s workshop when a machine used to cut stone tore off most of his face and crushed his upper jaw. He received intensive treatment at a hospital that saved his life and eyesight. But an attempt to reattach his own face failed, leaving an area close to the brain exposed to infections. The damage was too extensive for doctors to temporarily seal the exposed areas. He underwent a total face transplant in a 27-hour operation.

The surgery reconstructed the area around the eyes, nose, jaw and palate and other facial areas, with the transplant running from above his right eye, under his left eye and around his face to his neck.

The donor, a 34-year-old man, was chosen from a national registry of potential donors after his age, gender, blood group and body features were determined to be a good match for the injured man.

Six days after the surgery, he was photographed making a thumbs-up gesture from his hospital bed.

Credit: AP/Cancer Center and Institute of Oncology in Gliwice