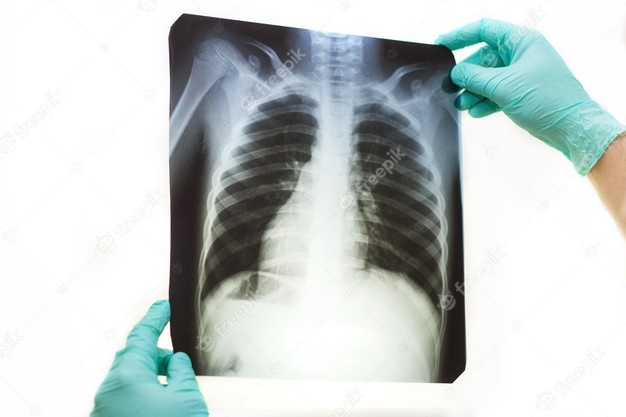 On a New Year’s Eve, an asthmatic woman was wheezing and realised she needed her inhaler. When she inhaled her bronchodilator, she felt a sharp scratch at the back of her throat. She had initially heard something rattling inside her inhaler but she dismissed it. Soon after, she had hemoptysis, shortness of breath and aggravation in wheezing.

She was rushed to the hospital. The patient told that she suspected inhaling a piece of foil in her purse. An emergency X-ray was taken. The X-ray showed a foreign body resembling a jewellery item–an ear stud.

A CT scan confirmed the presence of the foreign body in the right main bronchus of her lung.

The doctors gave antibiotics prophylactically to prevent infection. A bronchoscopy, by a thin flexible tool with a camera at one end, visualized and removed it. The woman made a full recovery.

Moreover, the mucus completely covered the stud. This is due to body’s normal physiological response to expel the foreign body. Fortunately, the patient received timely medical attention. Otherwise, the stud would remain embedded in the lung.

This case raised the point of lack of awareness of the use of inhalers in asthma patients. The patients should know how to properly use the inhalers. The replacing of inhaler’s cap and inspection of inhaler before use are important points to always keep in mind.