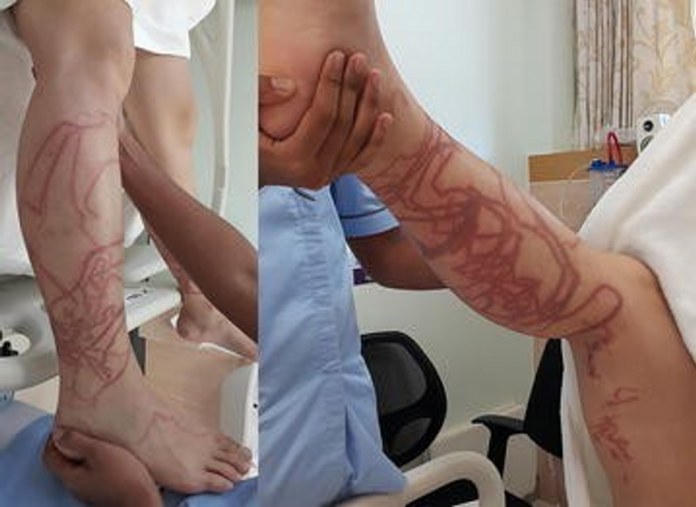 A 31-year-old Chinese man was admitted to the emergency department after being stung by a box jellyfish with multiple tentacles at Chawang beach on Samui island. The patient was initially treated with vinegar, 10 to 15 minutes after being admitted. However, later required cardiopulmonary resuscitation because his condition worsened. He was admitted to the Intensive Care Unit and put on a respirator.

Jelly fish are commonly known as the most venomous marine animals. The venom is a complex mixture of polypeptides and proteins including dermatonecrotic toxins, cardiotoxins and hemolytic toxins. In most cases of jellyfish stings, the signs and symptoms develop immediately after being stung. The wound characteristics are similar to step-like burn marks and caterpillar tracks.

Box jellyfish stings cause intense pain and life-threatening reaction. The more dangerous species of box jellyfish are found in warm waters of the Pacific and Indian oceans.

The Portuguese man-of-war or bluebottle jellyfish is mostly found in warmer seas.

The sea nettle is commonly found in both warm and cool seawaters. They live along the northwest coast of United States and are found abundantly in Chesapeake Bay.

Lion’s mane jellyfish is the world’s largest jellyfish with a body diameter of more than 3 feet. They are more commonly found in cooler, northern regions of the Atlantic and Pacific oceans.