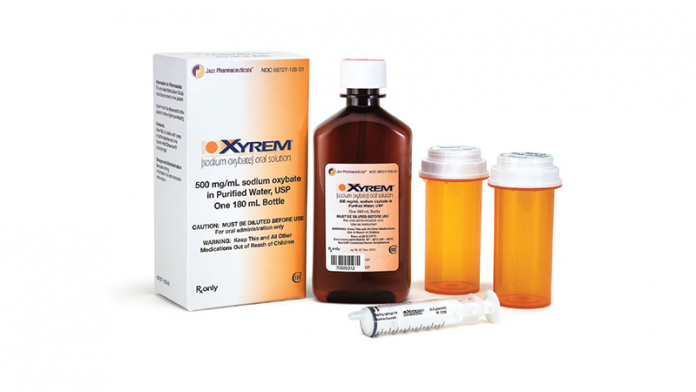 This article describes the case of extreme involuntary weight loss in a 27-year-old female caused by sodium oxybate. The patient presented to the hospital with a complaint of losing 64 pounds, unintentionally, in a time period of 10 months. Other symptoms included decreased energy, a lack of interest in daily activities, depression and night sweats.

The patient’s medical history revealed polycystic ovarian syndrome, cataplexy, hypnagonic/hypnopompic hallucinations, type 1 narcolepsy and dysmenorrhea. Her doctors had advised neurology follow-up for narcolepsy. Doctors initially treated her with methylphenidate and alternated to sodium oxybate (SXB) because of its higher efficacy. The medications were changed approximately 10 months before her presentation.

During this time she was eating three meals a day and was not exercising at all.

However, despite eating proper meals, she was losing weight on a daily basis. 10 months prior to presentation, the patient’s weight was 205 pounds. However, currently the patient weight 142 pounds. Her history did not reveal any gastrointestinal symptoms including diarrhoea, vomiting or nausea. Her PHQ-9 score in clinic measured to be 9 points. The remaining of her physical exam showed no significant findings. There were no palpable lymph nodes. Similarly, all other examinations including her abdominal, skin, chest, heart and head exam were also normal. Her pelvic examination and pap smear from the previous year were also normal.

Doctors advised an extensive workup because of the patient’s unexplained weight loss and other symptoms.

The patient’s CT scan of the chest, abdomen, pelvis showed no abnormalities. All other laboratory testings and imaging studies were also normal. Doctors concluded that her symptoms could be because of sodium oxybate. Therefore, SXB was stopped and she was called for a follow-up after 3 weeks. Her night sweats and episodes of depression resolved after stopping SXB. In addition, she did not lose any weight following holding her SXB and gained 3 pounds.

Sodium Oxybate: A Cause of Extreme Involuntary Weight Loss in a Young Lady https://www.ncbi.nlm.nih.gov/pmc/articles/PMC6681605/