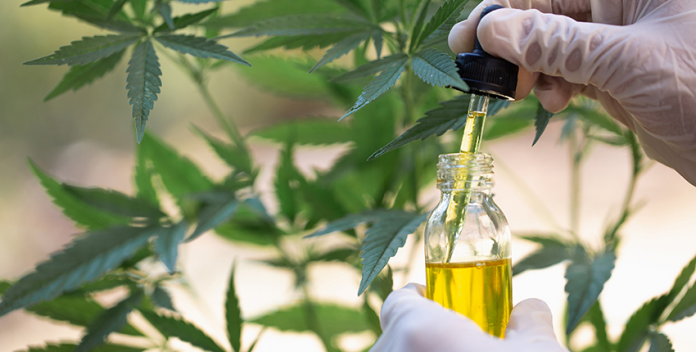 This article describes the case of a 28-year-old male patient who presented to the emergency with gross hematuria, secondary to synthetic cannabinoid use. The patient presented with epistaxis with a two-day history and painless gross hematuria with a history of one day.

On taking the patient’s history, he said that his urine initially before the presentation was “fruit punch-like” which later progressed to “somewhat like ketchup”. He did not have any complaints of abdominal pain, flank pain, clot formation, incomplete bladder emptying, urgency, frequency or dysuria. In addition, the patient did not have a history of any kidney issues, genitourinary malignancies, smoking tobacco, nephrolithiasis or hematuria. Examination showed a normal international normalised ratio (INR), even though he did not have a history of hepatic dysfunction or anticoagulation.

Laboratory findings showed a significant hemoglobin of 13.3, white blood count of 18.9 × 103/μL, and creatinine of 0.9 mg/dL. Urinalysis showed an increase in red blood cells. Doctors advised a CT urogram with IV-infused iodine contrast which showed no signs of upper respiratory tract pathology. The urine cultures that were taken initially got contaminated and the cultures were not repeated.

The patient further revealed that he intermittently smoked Spice and he last smoked 24 hours ago. All findings led to the diagnosis of synthetic cannabinoid-associated gross hematuria. The specimen, however, was not available for evaluation. His tests showed a downtrend in his INR to 2.9 after administration of fresh-frozen plasma. On discharge, the patient’s hematuria also resolved. Doctors advised the patient to follow-up for a cytoscopy after 3 days. However, the patient did not return for a follow-up, therefore, his hematuria and coagulopathy could not be assessed any further.