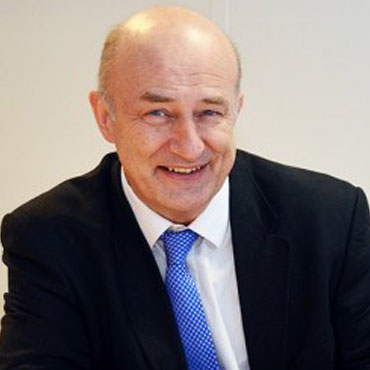 Dr. Stephen Large is an established cardiothoracic surgeon in England. As a child, he wanted to become a veterinarian, however, his mother emphasized that he chooses the field of medicine.

In 1976, Dr. Large graduated with a degree in medicine and surgery from Guy’s Hospital, London University. Later during the same year, he obtained the Licentiate of the Royal College of Physicians and Membership of the Royal College of Surgeons. In 1980 Dr. Large became a member of the Physicians College. He did his fellowship from the English College of Surgeons in 1997 and R.C.P. in 2000. He has also worked as a specialist advisor at Health Technology Advisory Interventional Group. Moreover, he was the lead and chief investigator of ETTAA, principal investigator of QUACS and tied up in RECOVER 1 & 2. In addition to all, he has worked as a Special Advisor to IPAC – NICE, associate Lecturer and Sub-Dean of the University’s medical school.

Dr. Stephen Large has made impressive contributions to the field of cardiac surgery, especially in heart transplantation. To this date, he is one of the best in his speciality and continues to excel at a remarkable pace, revolutionizing cardiothoracic surgery.

Dr. Stephen Large finds his speciality very rewarding. After over thirty years, he has come a long way. He started as a consultant cardiothoracic and heart transplant surgeon in September 1989 and even after so many years, Dr. Large is passionate about his job. When he was asked about it, he said:

Donation after Cardiac Death (DCD) began in 2004 and 11 years later, the programme began in the UK.

Dr. Stephen Large has received tremendous awards during his career, which are, the Hilton Dissection Prize 1972, Beaney Pathology 1973, Innovations East prize 2009, Medical Futures Prize 2011, Innovation Award Papworth 2014, and Life-time achievement award Papworth 2015. Furthermore, he recently received the NHS-Hero award in May 2018. Even after all these awards, his dedication towards achieving more continues. He has no plans of retiring and wants to continue working for his field as long as he can.

Digging the “Why” in Medical Journey

Dr. Stephen Large’s professional experience in cardiothoracic surgery is extensive. Apart from his career, he happily shares his experiences with the next generation. Dr. Large believes in knowing the main reason behind every medical case or disease. Therefore, he encourages medical students to always find an explanation for everything in the field of medicine.

According to him, young doctors who are entering the medical world today are ready to revolutionize it tomorrow. Dr. Stephen Large gives the following advice to doctors for their personal and professional development.

Dr. Stephen Large, the author of 271 peer-reviewed papers aims to reduce the gap between the demand and supply of donor’s hearts for patients with severe, drug-resistant heart failure.

Dr. Alta DeRoo – From US Military to OBGYN