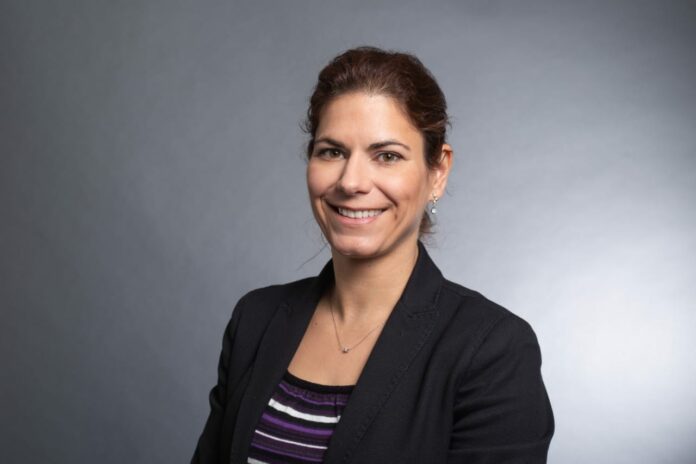 Like they say death is just the beginning, it surely is for Dr. Silke Grabherr. She is an excellent forensic pathologist currently practising in Switzerland. She graduated from the University of Innsbruck, Austria with a degree in medicine and surgery. In 2004, she obtained her doctorate from the same university and moved to Bern for a one-month internship at the Institute of Forensic Medicine. Her sheer hard work provided her with the opportunity to work with Prof. Richard Dirnhofer who is recognized as the Father of Virtual Autopsy. She had internships at several other specialities as well but it was the Institute for Forensic Medicine where she found her real interest.

Dr. Grabherr does not believe in impossibilities. She introduced postmortem angiography to the world and revolutionised forensic medicine, especially virtual autopsy, forever. Standing by the father of virtual autopsy and modifying it for him, is a boss move. Even the beginning of Dr. Grabherr’s career was rewarding. In 2016, she became the youngest Director of the University Center for Legal Medicine Lausanne-Geneva (CURML) and the youngest full professor of the Universities of Lausanne and Geneva. She was only 35!

Postmortem angiography is a minimally invasive forensic technique that involves injecting a substance in the dead body to refill blood vessels to visualize them on screen without causing any damage to the anatomical structures. It is beneficial in determining vascular lesions, injuries and bleeding as causes of death.

The more they say it is not possible, the more I want to do it!

When nobody believed Dr. Grabherr’s genuine idea she believed in herself. Eventually, she amazed everyone by making postmortem angiography a reality.

Back in childhood, Dr. Silke Grabherr never imagined she would become what she is today. In adolescence, she was more inclined towards tourism and hotel management and never in healthcare. After completing her school for tourism and hotel management, she had the chance to choose a career path for herself. It was her mother who suggested medicine. An interesting turn of events led her to become a doctor, otherwise becoming a police officer was also on the list. Interestingly, today the world recognizes her as an amalgam of a medical doctor and a police officer – a forensic expert.

Forensic Medicine is ‘Yes’ or ‘No’ and Nothing in Between

Entering the professional world after graduation didn’t fascinate her. She worked in several specialities but nothing interested her. The attributes and environment were not what she imagined. She was disappointed. Finally, it was the Institute of Forensic Medicine in Bern that matched her criteria of interest. She instantly knew that this was where she belonged.

Legal Medicine, Courtrooms, Criminals and Beyond

Dr. Silke Grabherr briefly talks about the nature of her profession – forensic medicine. She highlights the variation in laws and justice system even within two states, two regions and two provinces. Dr. Grabherr stresses maintaining neutrality towards every person under custody or related to the crime. Unless someone is proven by the court as a criminal or victim, they are not. This makes it quite important to deal with suspects, victims, and perpetrators neutrally.

Dealing with the Dead and Deadlines

Dr. Silke Grabherr respects and truly finds her profession worthy. Like every profession, being a forensic pathologist also becomes stressful. Her profession demands attention to every detail, presence of mind, courage and confident analysis all at the same time.

Despite the hectic routine and no time for herself, Dr. Grabherr is content with her professional life. Today, she feels fulfilled and satisfied with herself and her achievements at such a young age.

Dr. Alta DeRoo – From US Military to OBGYN