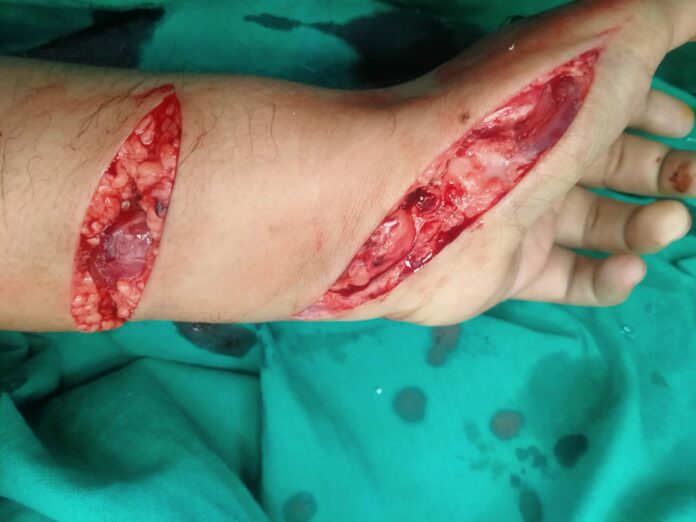 It’s not uncommon for people with depression to attempt suicide. I deal with a lot of such cases in my Psych residency. But every time a patient comes in, I feel astonished. My mind goes into a conundrum and my thoughts take over me.

Just today, I attended a 39-year-old patient who presented to the ER with severe cuts on both his wrists. His cuts were the result of a suicide attempt where he tried to slice his hands with a meat chopper. قمار اون لاين Now when you find yourself sighting such a thing, you start looking for answers even before talking to the patient. Given the setbacks we all have gone through due to the pandemic, I knew I was dealing with a case with much similar if not entirely the same roots.

After providing the necessary emergency care and stabilizing the patient, I sat down and started looking for the main cause. The man was a geologist with a normal life until the pandemic struck him with two big challenges; he lost his job and went through a divorce during the same year in 2021. The unfortunate events got him into serious depression. Moreover, his symptoms were typically that of depression, for example, low mood, disturbed sleep and appetite, decreased interest, low energy and the highlight, suicidal ideation.

There are tremendous theories as to why the pandemic has caused horrors to people and has increased mental discomfort among nearly all age groups. Especially in countries such as mine where seeing a doctor for mental health issues is taboo. People here only ever try to conceal their struggles instead of reaching out for help.

After his divorce, just three years post his marriage, my patient developed severe depression. He lived with his mother and younger brother. Furthermore, multiple other incidences triggered his suicidal thoughts. However, it was only the previous night before his admission when he yielded to his thoughts and tried to take his own life.

He was referred to the plastic surgery department and he will be admitted for psychiatric services too due to his future suicide tendencies. I look forward to providing him with all the care that he needs, making sure that history doesn’t repeat itself. But what about the people who are suffering in silence? Those who have not come out because they fear being judged and cast aside. مواقع قمار The real issue is that this cause is abnormal for many. People need to understand that depression is not something to be ashamed of. ربح المال من الالعاب It is as common as any other medical illness and requires treatment.

I hope we as psychiatrists do not limit ourselves to our patients only and take a step forward. We must tell people that it’s okay not to be okay before they too succumb to their thoughts and feelings.

Proteus Syndrome in a 34-Year-Old: A Rare Case

Buschke–Löwenstein in a Patient with HIV