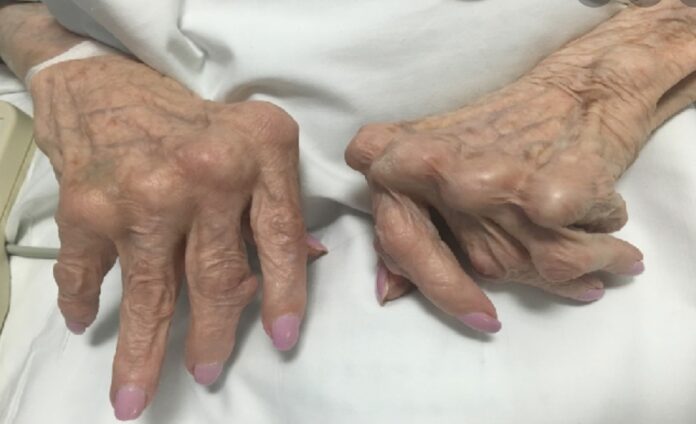 According to researchers, a protein called sulfatase-2 has been identified that plays a crucial role in damage because of rheumatoid arthritis. Rheumatoid arthritis is a disease of the immune system, where it attacks the joint tissues of the body. It affects an estimated 1.5 million people in the United States.

The study was published in the journal Cellular and Molecular Immunology and has shed light on molecular processes driving inflammation seen in RA. Furthermore, it can also improve the treatment of RA, which does not have a cure currently.

Ahmed also said that although sulfates have been studied thoroughly for cancers, no one looked at them as a causative factor of inflammatory autoimmune diseases. For example, rheumatoid arthritis.

The idea was explored by the research team through synovial fibroblasts.

The experiments were done over a span of four years. Eventually, the researchers found a new path to future animal studies testing the effectiveness of inhibiting sulfate for easing the symptoms of rheumatoid arthritis. Furthermore, it can also help develop new experiments, which will allow using a combination of therapies to treat or prevent various conditions. For example, bone loss prevention, prevention of cartilage damage and joint deformation. Additionally, it can also address shortcomings of the RA drugs currently available in the market. Most of which have significant side effects.

Seigel said that patients taking these drugs are susceptible to infection and increased cancer risk when used over a long period. Moreover, she also noted that TNF alpha inhibitors are prohibited in patients with certain health problems.