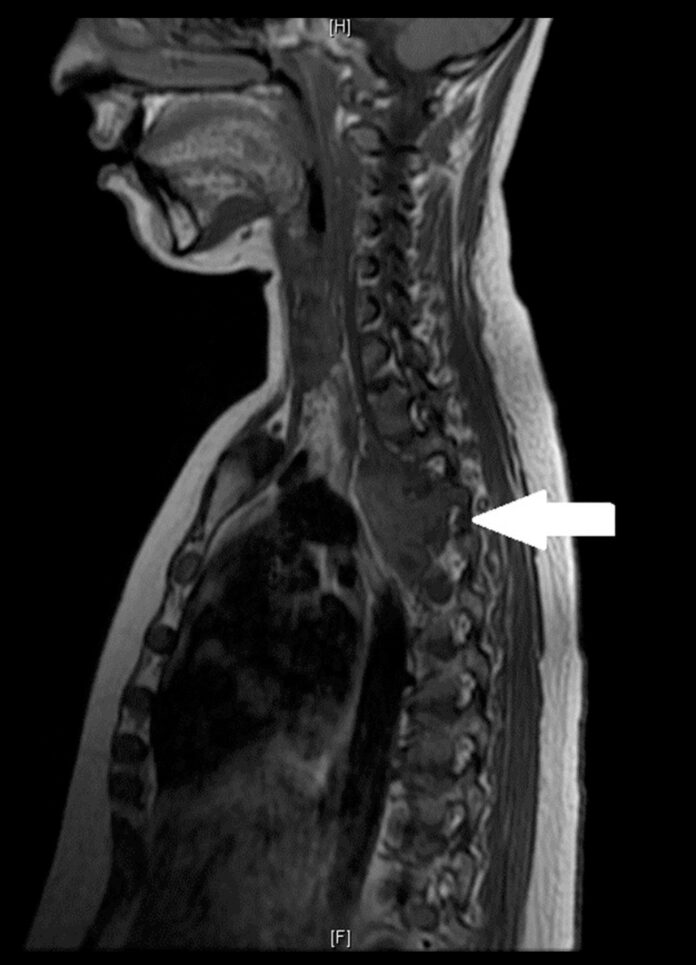 Tuberculosis is an infectious disease, which can lead to morbidity and mortality. According to WHO, 25% to 33% of people across the globe have latent TB. However, TB in pregnancy is unknown and can be a source of multiple confounding factors. Tuberculosis spondylitis (Pott disease), is TB of the spine. The cause is usually haematogenous spread from other sites, for example, the lungs. The most affected are the upper lumbar and lower thoracic vertebrae. The typical presentation of Pott disease is invertebral discitis and vertebral body osteomyelitis.

Treatment of TB during pregnancy should be typical of four first-line agents. For example, rifampin, isoniazid, ethambutol, and pyrazinamide. Pyrazinamide is the treatment for pregnant women with TB disease, extrapulmonary TB, and co-infection of HIV.

The treatment time for active TB is nine months by an infectious disease specialist. However, treatment for TB for women who are pregnant is not a recommendation, close surveillance is. There is a significant impact on the prognosis of active TB treatment, during pregnancy.

Pott disease is very rare in pregnancy with very few cases. This case report is of a 27-year-old woman with TB spondylitis or Pott disease disgnosis while pregnant.

A 27-year-old woman presented to the hospital with her first pregnancy. She was in her 29th week of gestation and complained of progressive neck and back pain for four months. The pain was in association with numbness in the upper limbs. In addition to nausea and vomiting. During her history, she denied any neurological symptoms, GI symptoms, urinary symptoms, fainting episodes, or colicky pain. Moreover, she didn’t have any prior history of surgeries, diseases, and allergies. All the symptoms began before her pregnancy and became worse in the ER. She did not do any antenatal follow-up, however, her pregnancy did not have any complications.

Doctors did a general examination, which did not show any features of jaundice and anaemia. The head and neck examination revealed tenderness in the thoracic and cervical spine. Moreover, movement also became limited. Her respiratory and cardiothoracic examinations were unremarkable with no lymphadenopathy.

In the neurological examination, the power, tone, and reflexes of the upper and lower limbs appeared normal. Moreover, bowel and bladder functions were also intact and an abdominal exam showed cephalic presentation, positive fetal heart sounds, and fundal level at thirty weeks.

The lab tests and routine analysis were normal. However, the ESR (erythrocyte sedimentation rate) was high. The obstetric ultrasound exam revealed a single viable fetus, weight of the fetus, and cephalic presentation, with no gross anomalies.

Doctors also did a post-gadolinium contrast T1-weighted diffusion MRI of the brain and spine. It revealed a large soft tissue at the level of T2, T3, and T4. The soft tissue component consisted of paraspinal and intraspinal components, which caused mild spinal canal stenosis. In addition to the mass-occupying effect on the spinal cord. It was mild and didn’t have any evidence of spinal cord myelopathy. Moreover, the study of the brain was unremarkable.

The doctors did a CT-guided biopsy from the mass, and it was then sent for histopathological analysis. It showed central caseous necrosis, which was enclosed by a granuloma. In addition, the granuloma consisted of epithelioid cells, lymphocytes, Langhans giant cells, and plasma cells. The Ziehl-Neelsen staining revealed a positive acid-fast bacillus. The histopathology was consistent for Pott’s disease.

The doctors gave the patient four typical anti-TB medications, which are isoniazid, ethambutol, pyrazinamide, and rifampin. In addition to daily vitamin B6. Gradual improvement was seen in her motor power during her follow-up. Her use of analgesic medicines became less, and she had no signs of adverse effects.

She delivered normally after the spontaneous commencement of labour at 36 weeks. The histopathology of the placenta was normal and Mycobacterium tuberculosis bacterium wasn’t detected after the cultures were taken from the placenta.

The lesion reduced significantly by 90% after the delivery and her osteomyelitis also improved. She continued her anti-TB therapy for twelve months and followed up at the infectious disease clinic. Symptoms improved and she came back to her daily activities. Furthermore, no complications were seen from the gadolinium contrast used in for the mother and toddler.

This case highlights the importance of spine imaging for the diagnosis of severe back pain. Pott disease in pregnancy is rare and can show multiple challenges, which proves how important a multidisciplinary approach is for diagnosis.