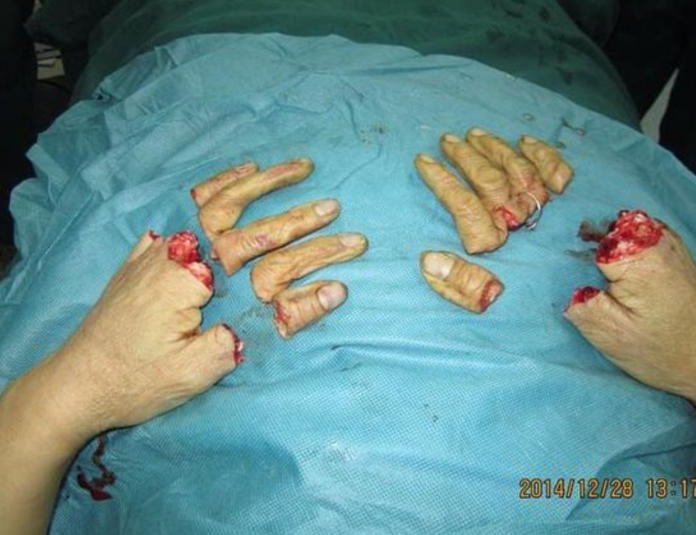 The factory worker had all of her digits cut off when disaster struck as she was working in a paper plant.

All 10 severed fingers of a Chinese factory worker were stitched back on by surgeons after they were all sliced off in a horrific industrial accident.

Now, after 13 hours on the operating table all of the paper factory worker’s digits have resumed full function and the miraculous surgery has been hailed a success.

Doctors at 3rd People’s Hospital in the southern Chinese province of Huaihua performed the meticulous surgery.

She was sent into the operation room at 1pm and the surgery wasn’t finished until the next day at 2am.

Surgeons had to repair the blood vessels and nerve damage during the marathon 13-hour operation. Incredibly, the operation was a success and her fingers are now fully functioning.

With the advancement in microsurgical techniques replantation has become more common, and can be performed with great success both aesthetically and functionally. Preserving the amputated finger to keep it from degeneration is important if replantation is to be successful.

First, the amputated portion should be wrapped in a sheet of gauze, and placed in a plastic bag. The bag should be sealed tightly so that water cannot enter, and chilled in ice water that is approximately 4 °C.