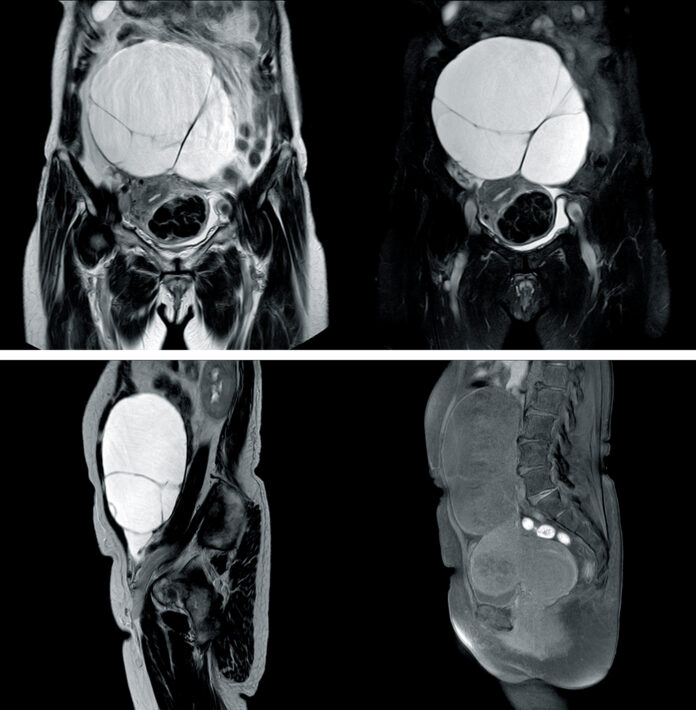 Echinococcus granulosus is a parasite that causes Hydatid cyst disease that is very common in animal raising communities. Moreover, the cysts develop in multiple locations. The most common site of occurrence is the lung and the liver. The following report presents a similar case of hydatid cysts disease with cyst formation in unusual areas, for example, breasts and buttocks.

An Unusual Case of Hydatid Cysts

A thirty-six-year-old woman presented to the emergency department with the complaint of pain in her right upper quadrant for one year. Furthermore, the pain gradually increased. However, there was no association with fever, chills, nausea or vomiting. In addition, her history revealed that she was cured of pulmonary tuberculosis two years back.

The physical appearance of the patient was significant for malnourishment. Moreover, examination revealed a palpable and non-tender on the right side of the buttocks. Examination of the breasts revealed round and mobile masses in both breasts. In addition, the abdominal examination revealed palpable, non-tender masses in the liver and lung auscultation identified a decrease in breath sounds at the base of the left lung. However, there was no axillary or cervical lymphadenopathy.

Doctors did a complete blood count, liver function tests and indirect hemagglutination. The laboratory exam showed microcytic hypochromic anaemia and mildly elevated leukocytes with no evidence of eosinophilia. Furthermore, her LFT was within the normal range with a slight elevation in alkaline phosphatase.

The abdominal ultrasound showed multiple cystic lesions in both the liver and spleen. The CT scan confirmed the presence of these cysts. Moreover, the CT scan also confirmed well defined homogenous cysts in the lower lobe of the left lung, in the breasts and above the right gluteal muscle.

The doctors admitted the patient and put her on albendazole. After significant improvement, the doctors did an anterolateral thoracotomy. The procedure involves puncturing and aspirating the cysts through the instillation of a scolicidal agent for fifteen minutes. Enucleation is the management of choice for breast and gluteal cysts. The patient showed quick recovery and was shifted back to the room.