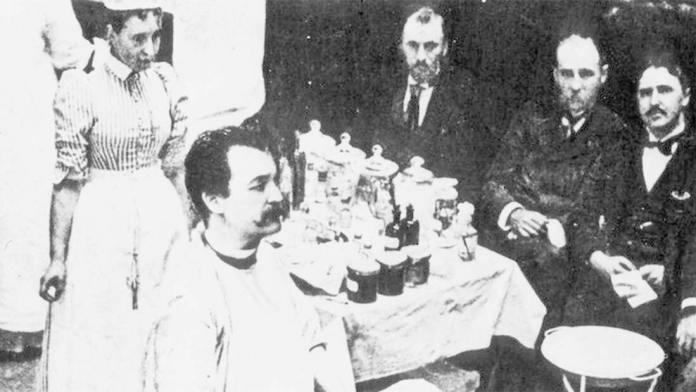 Almost as soon as the COVID-19 pandemic emerged, popular media referred to doctors as “heroes”. And rightfully so, healthcare workers were marching to the frontline to fight against the virus. What’s more, medical history is full of stories of unsung heroes who put in all their effort for medicine. In addition, despite the terrible lack of scientific research and medical advancements, they were ready to take risks.

One such example is of 19th-century American doctor Stubbins Ffirth, who set out to prove that yellow fever is not an infectious disease.

Ffirth collected body fluids, including, blood, urine, saliva and vomit from infected patients. He then wounded his arm and poured some vomit onto it. Similarly, he also poured some of the vomit into his eyeballs and drank some of it. After this he moved to experimenting with the blood, saliva and urine of patients. Contrary to his presumptions, he soon learned that yellow fever is an infectious disease.

However, the doctor did not fall ill because the patients he had collected fluid from were in the last stages of the disease. Therefore, no longer infectious. His experiment was absolutely futile.

In a similar such case, a surgeon, Dr Nicholas Senn pumped a large amount of hydrogen gas into his anus for medicine.

The American surgeon served in the Spanish-American War of 1898. Back in the day, X-rays were not as widespread. For this reason, bullet wounds to the abdomen and bullets perforating the stomach and intestines were incredibly difficult to locate and diagnose. This was a problem because in the absence of prompt treatment, war veterans would lose their lives.

After many died because perforating wounds, Senn began to inflate the wounded with hydrogen gas like a balloon. The idea was to locate wounds in the stomach or intestine in the same way a plumber locates a leak in a gas pipe.

To check the effectiveness and safety of the procedure, he inflated himself first.

“Nearly 6 liters of gas were insufflated per rectum. The distention of the colon caused simply a feeling of distention along its course, but as soon as the gas escaped into the ileum colicky pains were experienced, which increased as insufflation advanced, and only ceased after all the gas had escaped, which was the case only after an hour and a half,” he wrote.

In addition, “when the intestines and the stomach had become fully distended the feeling of distention was distressing, and was attended by a sensation of faintness which caused a profuse clammy perspiration. A great deal of the gas escaped by eructation, which was followed by great relief. The colicky pains attending the inflation of the small intestines by air or gas are evidently caused by increased peristaltic action of the bowels in their attempt to expel their contents, as it always assumed an intermittent type and subsided promptly after the escape of the gas.”

The experiment was first done on a 27-year-old. Although the patient did not survive, it proved useful in locating gunshot wounds.

Senn on the Diagnosis of Gastro-Intestinal Perforation by the Rectal Insufflation of Hydrogen Gas https://www.ncbi.nlm.nih.gov/pmc/articles/PMC1430651/