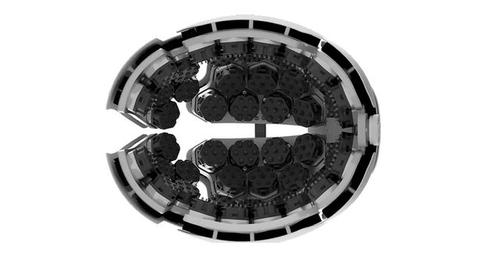 Current advancements in brain imaging techniques facilitate accurate, high-resolution observations of the brain and its functions. Moreover, one of the most common noninvasive imaging techniques is fNIRS. It employs near-infrared light. It determines the relative concentration of Hb in the brain through differences in its light absorption patterns.

Most noninvasive brain scanners use fNIRS where a constant stream of photons iridate the tissues. However, these systems do not differentiate between absorbed and scattered photons. Recently, (TD)-fNIRS is gaining traction among users. Moreover, it uses picosecond pulses of light and fast detectors for the estimation of photon scattering and absorption in tissues. But these systems are not cost-effective and complex considering larger factors, for example, widespread adoption.

Therefore, to eliminate these challenges, researchers from Kernel developed a headset known as Kernel Flow. It is based on the TD-fNIRS technology and is wearable.

The Kernel Flow system was used to record brain signals in two participants who performed finger-tapping tasks. This helped in the demonstration of its performance. Furthermore, to measure the changes in the oxyhemoglobin and deoxyhemoglobin concentration, researchers collected histograms from more than 2,000 channels.

The system demonstrated a match with the conventional TD-fNIRS system. Chief Technology Officer at Kernel said,

However, the Field emphasizes doing more tests since near-infrared light absorption is different in certain types of skin and hair. Kernel further added,

Next Generation of Noninvasive Imaging

Large-scale TD-fNIRS is packaged into a wearable form by Kernel Flow. It makes it the next generation of noninvasive optical brain imaging devices. This system will make access to neuroimaging more convenient and enable widespread benefits in the field of science and health. In addition, FDA also authorized a study with the Kernel Flow system measuring the psychedelic effect of ketamine on the brain.