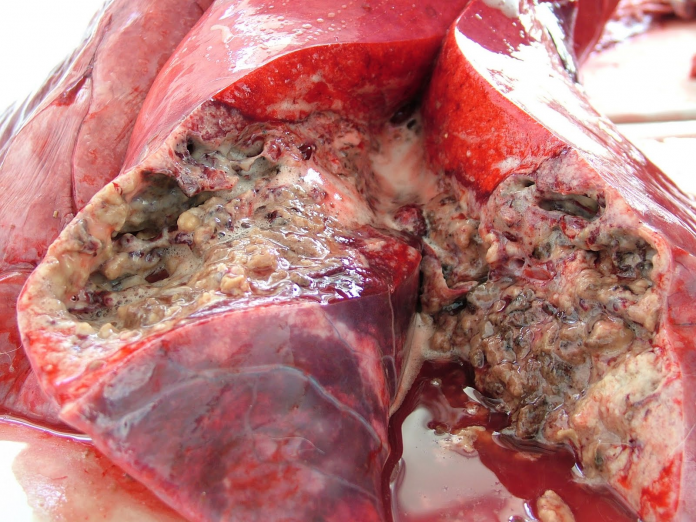 There are far more patients of terminal lung illness than there are donors. While the low number of donors is problematic enough, there are many donor lungs that are significantly damaged which leaves them unstable to be used for transplant.

However, according to new experimental techniques, donor lungs can now be restored to function by sharing its circulatory system with that of a pig. The body’s self repair mechanism exceed the capabilities of the current donor lung restoration technique.

“It is the provision of intrinsic biological repair mechanisms over long-enough periods of time that enabled us to recover severely damaged lungs that cannot otherwise be saved,” say the lead researchers, surgeon Ahmed Hozain and biomedical engineer John O’Neill of Columbia University.

The principle it follows is similar to an existing donor lung restoration technique, ex vivo lung perfusion (EVLP). The technique involves placing the lung in a sterile dome, attaching it to filters, pump and a ventilator. The temperature of the lung is maintained at human body temperature and a bloodless solution is circulated through it. The solution contains protein, nutrients and oxygen.

The procedure has helped save lives by keeping the lungs of donors stable and also by repairing them a little. However, the time window of the procedure is limited, it can only be conducted for up to 8 hours which is not an ideal time for biological repairs.

The xenogeneic cross-circulation platform was developed by O’Neill in 2017. Two of the researchers at Columbia University and Vanderbilt Lung Institute, biomedical engineer Gordana Vunjak-Novakovic and surgeon Matthew Bacchetta led the study that restored damaged lungs of pigs by attaching them to other pigs.

After years of research, the researchers successfully revealed that they were able to repair five damaged lungs by connecting them to pigs

The lungs also included a severely injured lung that had failed to recover function using EVLP.

“We were able to recover a donor lung that failed to recover on the clinical ex vivo lung perfusion system, which is the current standard of care,” Vunjak-Novakovic said. “This was the most rigorous validation of our cross-circulation platform to date, showing great promise for its clinical utility.”

The study included six donor lungs that were rejected for transplantation. The five lungs were attached to anaesthetised pigs via a jugular cannula. Additionally, the pigs had been immunosuppressed to prevent the immune system from attacking the lungs. The sixth lung was attached to a pig that was not immunosuppressed.

The lungs were subjected to a xenogeneic cross circulation for 24 hours and the researchers carefully monitored the biochemical and physiological parameters of the organs. Although all the lungs had previously shown injuries, the lungs showed significant improvement in respiratory function, inflammatory response, tissue quality and cellular viability. Not full recovery but the lungs started to show signs of repair more than that had been thought possible. This suggested that cross-circulation can be used in combination with EVLP to help restore lungs.

Although, it is not quite ready for clinical trial because pigs could also share diseases other than their blood. For this reason, the technique would require medical-grade animals which is not inexpensive.

The researchers wrote in the paper:

“Modifications to the xenogeneic cross-circulation circuit could enable investigation and recovery of other human organs, including livers, hearts, kidneys and limbs.”

“Ultimately, we envision that xenogeneic cross-circulation could be utilised as both a translational research platform to augment transplantation research and as a biomedical technology to help address the organ shortage by enabling the recovery of previously unsalvageable donor organs.”