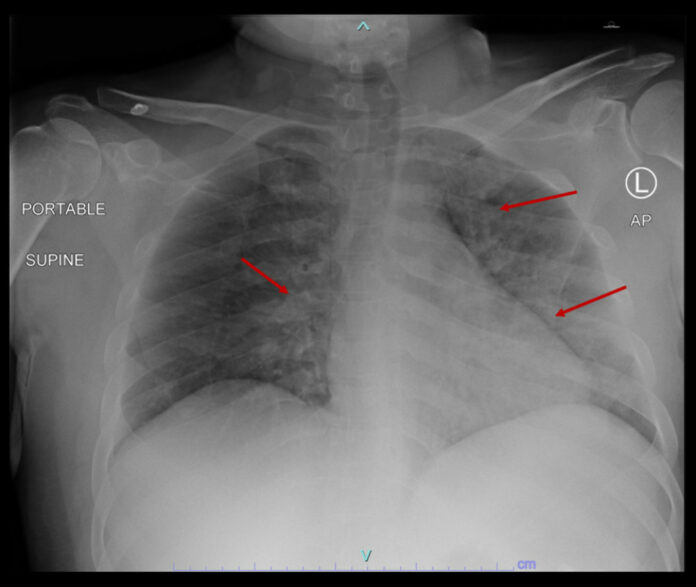 SARS-CoV-2 is a global crisis affecting the world. The global efforts to develop an effective vaccine are tremendous since the end of 2020. Moreover, the two vaccines approved by the FDA were Moderna and Pfizer-NioNTech vaccines. Millions of individuals are getting the vaccine for the virus. However, currently, there are a few reports of vaccine-induced autoimmune processes, presented by myosotis, myocarditis, and thrombocytopenia.

This case is of a 37-year-old man who came to the emergency with back pain for three days. He also had left upper limb swelling in addition to paresthesia and shortness of breath for one day. He never got the COVID19 infection previously and the symptoms started twelve days after receiving his first dose of Pfizer-BioNTech COVID19 Vaccine. Moreover, he did not have a family history of autoimmune diseases, sudden cardiac death, or musculoskeletal diseases. The patient did not smoke, drink, and had no medical background either.

He was alert with normal orientation, however, he looked dehydrated. When doctors auscultated his chest, it revealed bilateral fine crepitation over his left lung.

The screening tests for toxicity, infections, paraneoplastic, and autoimmune disorders were unremarkable. Doctors treated him with a five-day course of intravenous methylprednisolone and immunoglobulin. The response of the patient to treatment was good. The patient was in the hospital for sixteen days and was discharged on a tapering oral dose of prednisolone for six weeks.

As per the case, chances are that there is a link between the rare complication of the autoimmune processes in the 37-year-old and PfizerBioNTech vaccine. However, further data is needed to confirm the association between the two.