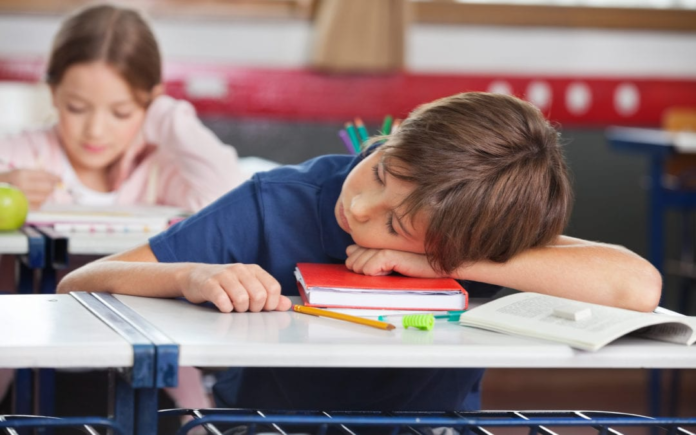 Presentation of narcolepsy in 8-year-old child

This article describes the case of an 8-year-old with narcolepsy type I, a disabling condition that is characterised with excessive daytime sleepiness (EDS). This occurs especially during passive activities associated with irresistible sleep attacks. The disease affects 0.025%–0.050% of the general population and is generally diagnosed during the second and third decades of life.

In this case, the 8-year-old presented with excessive daytime sleepiness with a history of 15 days, despite sleeping 10 hours overnight. In addition to this, he was also napping daily. According to the boy’s history, the drowsiness would primarily occur when he would watch television, play on the computer or eat. He would also often feel weak in the legs while laughing which was quite embarrassing for him. Other changes included an aggressive behaviour and an increase in appetite. He would also get very restless at night and have a disturbed sleep pattern with snoring and awakenings at night. However, his performance at school was not affected.

Examination was consistent with fragmented sleep and awakenings through the night.

Initial examination showed a cataplectic face with ptosis of the eyelids. Whereas the remaining examination did not show any significant findings. Doctors advised an MRI of the brain, the results of which also came back normal. Other examinations included overnight polysomnography (PSG) which showed the patient’s sleep efficiency of 77.8% and fragmented sleep with 21 awakenings through the night. Although, there were no significant signs of periodic leg movements, hypopnoeas or apneas. A multiple sleep latency test (MLST) further showed hyperosmnia and three sleep-onset rapid eye movement (REM). The findings were consistent with the diagnosis of narcolepsy.

Treatment measures included initiation of methylphenidate, frequent naps and maintaining good sleep hygiene. Fluoxetine was started once the episodes of cataplexy were more frequent. Although the treatment outcome was overall good, he developed some abnormal perioral movements.

Clinical presentation of narcolepsy generally includes cataplexy, sleep paralysis, disturbed nocturnal sleep and hypnogogical/hypnopompic hallucinations. Cataplexy is defined as an abrupt loss of voluntary muscle tone while consciousness is retained. This is commonly seen in 60% to 70% of patients and is triggered by laughter and strong emotions. However, children usually only present with facial involvement with bilateral ptosis, tongue protrusion and opening of the mouth. Other signs include restlessness, distractibility, aggressiveness and hyperactivity. Treatment is primarily personalised with good sleep hygiene and scheduled brief naps.