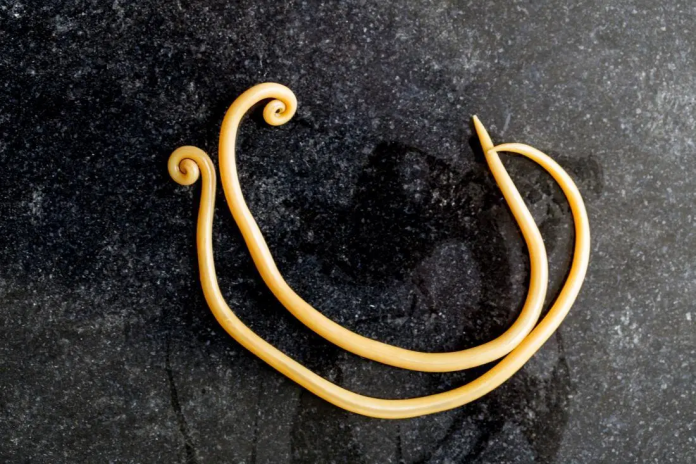 Getting infected by a parasite is generally considered as a bad thing. However, turns out, it’s not all bad. According to a new research, being infected with a roundworm (Ascaris lumricoidis) can increase a woman’s fertility. While most people rather not be infected with a worm. This is good news particularly for women who are trying to conceive.

The study was conducted in Bolivia, where the average woman gives birth to 9 children. The study involved 986 women and noted that 70 percent of these women had a worm infection.

What’s more, up to one-third of the world’s population lives with this infection. However, while the round worm increases chances at fertility, hookworms have a completely opposite effect. The 9 year long study concluded that roundworms alter the immune system and increase the chances of pregnancy.

Research professor Aaron Blackwell said, “We think the effects we see are probably due to these infections altering women’s immune systems, such that they become more or less friendly towards a pregnancy.”

The roundworm infection may actually lead women to having two more children than they would, otherwise.

“Whilst I wouldn’t want to suggest that women try and become infected with roundworms as a way of increasing their fertility, further studies of the immunology of women who do have the parasite could ultimately lead to new and novel fertility enhancing drugs”, said professor Blackwell.

He further added that even though the study was an “intriguing possibility”, a lot more research is required in the field to verify the findings and “before we would recommend anyone try this”.

“The effects are unexpectedly large”

Bacterial and viral infections have explosive population growth and try to overpower the immune system. However, parasites have the opposite effect, they grow slowly and try to suppress the immune system. This is how they lower levels of allergies and make vaccines less effective. That way, hookworms may also be causing anaemia and leading to infertility.

Prof Rick Maizels, a specialist in parasitic worms and the immune system, said, “It’s horrifying that the hookworm effects are so profound, half of women by 26 or 28 have yet to fall pregnant and that’s a huge effect on life.”

Drugs have tried to boost IVF and alter a woman’s immune system without any success.

Prof Allan Pacey, a fertility scientist at the University of Sheffield, said,”It is very surprising and intriguing to find that infection with this particular species of roundworm actually enhances fertility”.

He further added:
“Whilst I wouldn’t want to suggest that women try and become infected with roundworms as a way of increasing their fertility, further studies of the immunology of women who do have the parasite could ultimately lead to new and novel fertility enhancing drugs”.