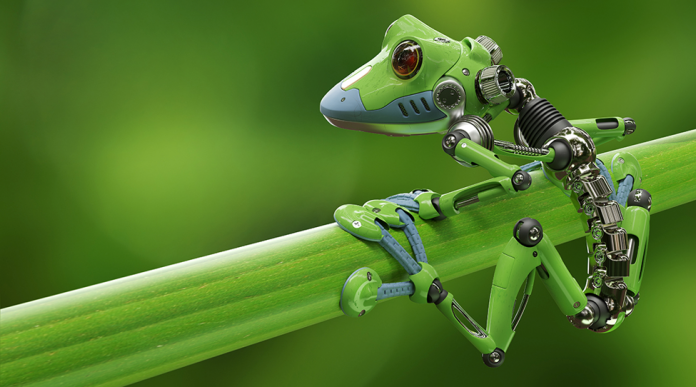 Till we entered 2020, we were familiar with the classification of living things and non-living things, humans belonging to former and robots to latter. Now, what if living cells are used to make Robots? Will it be a living or a non-living bot? What will that bot be named??

A new recipe has been tried in the era of advancement, by mixing ingredients of artificial intelligence with those of biology to create a living form of robot, named Xenobot. The word ‘Xeno’ has been derived from Xenopus Laevis, the African clawed frog, from which the stem cells were scraped to be used for Xenobot. To understand what stem cells are, think of playdough or clay, which can be given any form, similarly, stem cells are unspecialized cells, therefore they can be differentiated to any type of cells- this quality of stem cells was put to use in the making of Xenobot.

Is there a difference between robots and Xenobot?
Joshua Bongard of the University of Vermont and Michael Levin of Tufts University in Massachusetts have created an autonomous bot that can function independently and perform variable tasks, though simple ones yet, for instance stacking up dishes and organizing stuff. Although the movement of these bots is of few millimeters, its utterly independent i.e. not externally remote controlled. Not only this, but they also have the ability to self-heal: “We cut the living robot almost in half, and its cells automatically zippered its body back up”, said the lead study author Sam Kriegman. Moreover, Xenobots are biodegradable, i.e. when cells exhaust their nutrient supply, Xenobots degrade to dead cells, unlike metallic and plastic robots.

Should we fear the future of Xenobots? Is Xenobot relatable to the
movie ‘Terminator’?
Till bots don’t turn into beasts, they can be of much help, as Levin said: “We can imagine many useful applications of these living robots that other machines can’t do, like searching out nasty compounds or radioactive contamination, gathering microplastic in the oceans, traveling in arteries to scrape out plaque.” (University of Vermont, 2020)

As far as fear is concerned, it’s an undeniable fact that whenever complex living creatures are invented, reasonable legal and ethical issues lurk below the surface. What if bot turns into a beast? Who will have the turn-off switch in hand?  If the Xenobots can enter arteries and carry drugs into the bloodstream, these can very well be used to halt life functions!
Levin outlook: “I think it’s an absolute necessity for society going forward to get a better handle on systems where the outcome is very complex, a first step towards doing that is to explore: how do living systems decide what an overall behavior should be and how do we manipulate the pieces to get the behaviors we want?“

Having said that, inventions like Xenobots should jolt all the centers in our brain to reasonably weigh the benefit against possible adversities. A point to ponder is: since Xenobots have autonomous behavior, can they reproduce? Well, not yet at least, maybe in the near future!