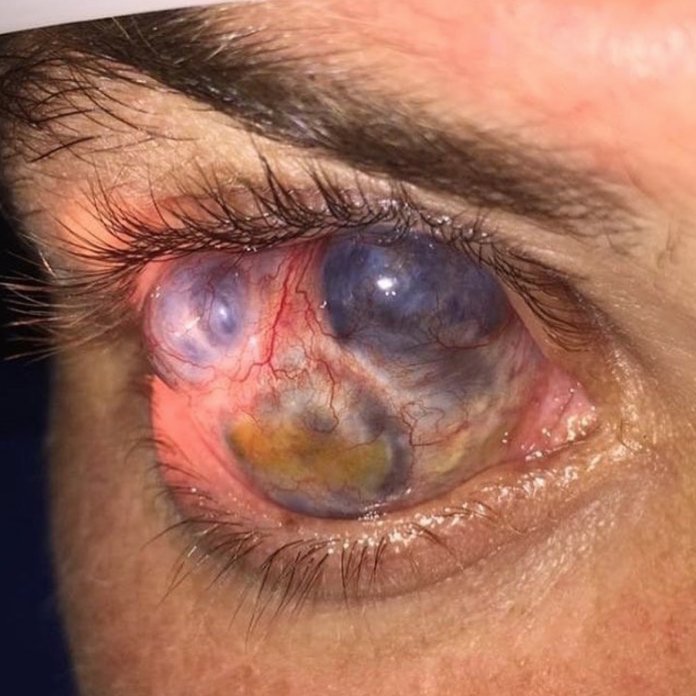 It is characterized by the progressive scleral thinning without inflammation.
The onset of the disease is insidious, progression is slow and no specific symptoms are observed until of the sclera is detected.

Progression of the disease reveals as necrotic slough without surrounding inflammation; absorption or slough separation leave bare uvea, covered only by layer of . perforations are uncommon without trauma. The area of scleral lack is surrounded pathological vessels anastomosing with each other or crossing the abnormal area to join with perilimbal vessels.

Scleromalacia is most common in women with long-term rheumatoid arthritis, but it was also observed with other systemic diseases.

There is no specific and efficient treatment. As it develops on autoimmune abnormalities immunosuppressive therapy is proposed. To preserve globe integrity, scleral patch grafting (both tissues and synthetic materials) with subsequent immunosuppression is performed.