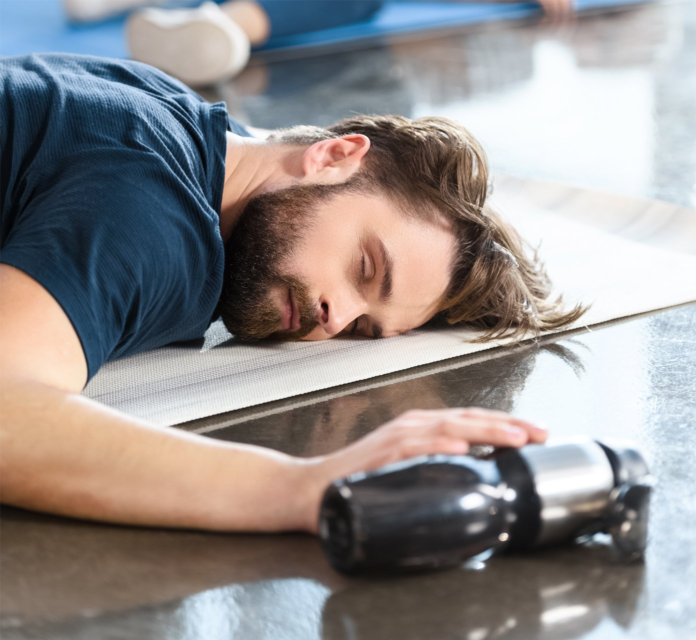 According to a new study, sleep apnoea or sleep-disordered breathing plays a significant role in contributing to sudden heart attack in otherwise, healthy, young athletes.

The study published in the Journal ERJ Open Research states that if left untreated, sleep apnoea can lead to an increased risk of developing chronic disease, for example, type 2 diabetes and heart failure. Obstructive sleep apnoea (OSA) is a sleep disorder which causes brief and repeated interruption of breathing during sleep. The term “apnoea” refers to a breathing pause that lasts for more than 10 seconds. It presents with abnormal respiratory patterns or pauses in breathing during sleep which range from snoring to sleep apnoea, and the airway closes completely or partially, several times during sleep. Risk factors of obstructive sleep apnoea include a high BMI, being over the age of 40 years, having a large neck circumference. An important aspect for treatment of people with OSA is using CPAP whenever needed. The health benefits of therapy are enormous, however, only when used correctly.

The purpose of the study was to investigate the prevalence of OSA in sleep-disordered breathing in sports athletes because they usually have higher BMI and larger neck circumference compared to athletes from other sports.

The study lead researcher Yoshitaka Iso, a cardiologist and Associate Professor at Showa University Research Institute for Sport and Exercise Sciences, Yokohama, Japan said “We tend to assume that young, competitive athletes will not experience conditions like SDB, which are more common in people with a higher BMI and inactive lifestyles, but more research is needed to determine what may be contributing to sudden cardiac death in athletes, and SDB is a good candidate for this as it can affect the heart’s normal functions.”

The study included 42 male rugby players between the ages 18 and 19 years. Researchers monitored the overnight changes in these athletes’ heart rate, heart beats, breathing rhythm, blood oxygen levels, the number of times they woke up and how long they were awake for using a special device. The study findings showed that 43% of the athletes met with the criteria of OSA and experienced five or more pauses in breathing, lasting for at least 10 seconds. In addition, the data also showed that these athletes had higher average heartrates and lower levels of oxygen in their blood compared to those who did not have OSA.

Although it is too early to conclude that sleep OSA is a contributing factor in sudden cardiac death of athletes, the results of the study highlight how breathing disorders may affect the health of young and fit athletes.

Patient with 13 year old MAGUS and an Incipient MALT Lymphoma