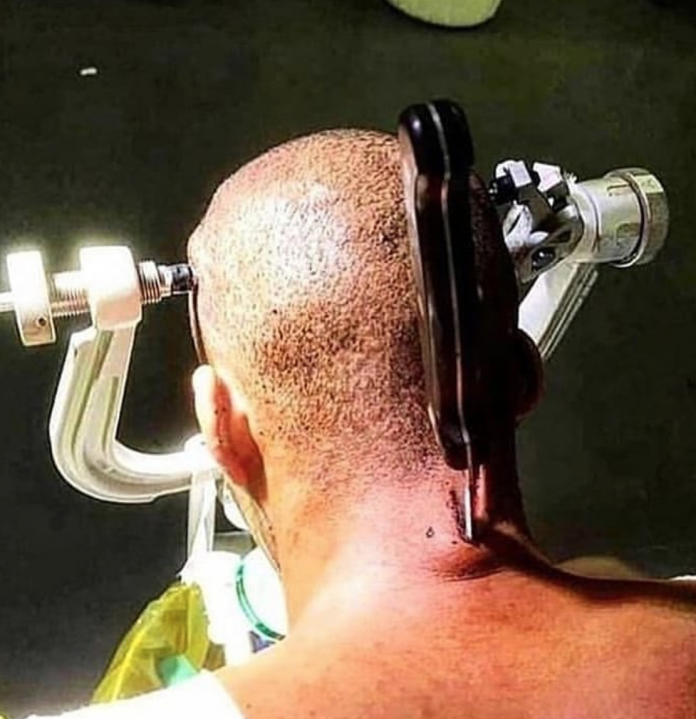 45 year old patient was quickly transported to the ER after being robbed and stabbed in the neck on the streets. The patient refused to give up his wallet and cell phone so the thief buried a knife to the back of his neck. Miraculously, the knife entered a few millimeters away from the spinal cord without damaging it. Surgeons removed the knife and the patient recovered with no neurological damage.

Penetrating neck injury is a relatively uncommon trauma presentation with the potential for significant morbidity and possible mortality. The most common mechanism of injury worldwide is a stab wound from violent assault, followed by gunshot wounds, self harm, road traffic accidents and other high velocity objects.