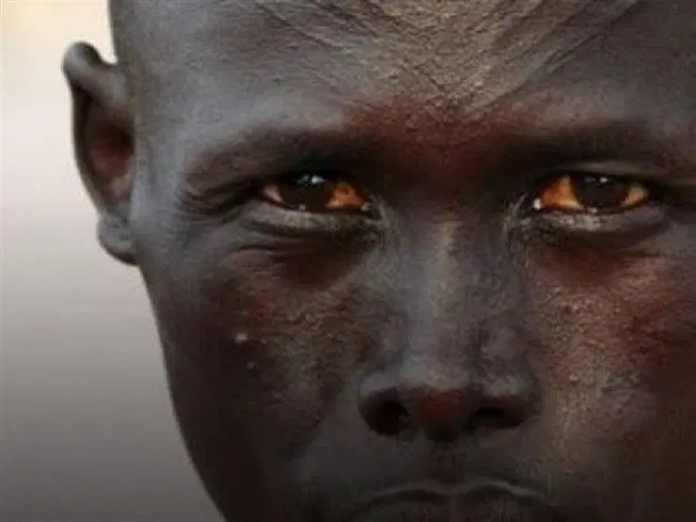 While the coronavirus might be breaking international news and headlines these days, a mystery illness has plagued the residents of Somali, an Ethiopian region of East Africa. Ethiopian villagers are bleeding from their noses and mouths before dropping dead. The sickness has allegedly spread through the villagers because of a gas project near Somali. The illness causes the victims eyes to turn yellow before showing symptoms including an abnormally high body temperature and swelling across the entire body.

Other presenting symptoms of the illness include sleeplessness, a lack of appetite and yellow palms. While allegations of any health or environmental crisis in the region have been denied, it is still unclear what the cause of the fatal illness is.

Many are suspicious that the illness is caused because of an apparent chemical waste.

People in the region are concerned that the cause of the illness may be because of a chemical waste that has poisoned the water supply of the region. According to a 23 year old victim, “It is the toxins that flow in the rainfall from Calub [gas field] that are responsible for this epidemic.”

Abdullahi was discharged from the hospital and the doctors put him on hospice; he was told that there was nothing more that they could do about his illness. The doctors prioritized his comfort and quality of life by reducing pain and discomfort. The patient died a few days later.

These “are new diseases that have never been seen before in this area”.

As claimed by an adviser of the Somali government, the diseases have never been seen in the area before. Moreover, “without any public health protection, it is very clear that POLY-GCL uses chemicals that are detrimental to human health”.

In 2013, POLY-GCL signed a production deal with Ethiopia to develop the Calub and Hitala fields. Moreover, according to a former engineer from the Chinese firm, allegedly, there had been regular spillages of drilling fluids including sulphuric acid. He was employed on the site for three consecutive years.

“Those indigenous to the land die from raw toxins spilled out of sheer carelessness. Operational companies in Calub have forfeited their duty to protect local people,” said another engineer on site.

On the contrary, according to the director of licensing at the federal ministry of mines and petroleum, Katsela Tadesse, “all the gas wells at Calub and elsewhere in the Ogaden Basin, are sealed, safe and secured … according to international standards”.

The real cause of the illness still remains a mystery. Odds are that the chemical spillages are historical and may have been caused because of the likes of Ethiopian transport firms.