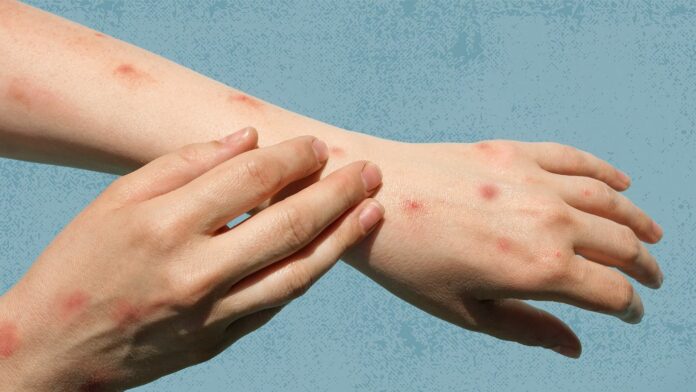 According to a case study published in JACC: Case Reports, a 31-year-old male diagnosed with monkeypox also developed acute myocarditis a week after the onset of symptoms.

It is caused by the monkeypox virus, which is from the smallpox family. It causes pimples or rashes that look like blisters, affecting the hands, feet, genitals, face, and other parts of the body. Furthermore, the first case of monkeypox was reported in Europe, May 2022. It was also reported in the US and other non-endemic countries. Unfortunalely, the cases are also increasing.

Inflammation of the heart muscle is called myocarditis, which is usually caused by a viral infection. Previously, myocrditis had an association with smallpox infection, which is a more aggressive virus. Furthermore, the authors of the case study said,

The 31-year-old, five days after the onset of monkeypox, presented to the health clinic. He was suffering from malaise, fever, myalgia, and had multiple swollen lesions on his face, hands, and genitilia. PCR of a single lesion on the skin swab confirmed monkeypox. Furthermore, after three days, the patient returned to the ER with a complain of chest tightness radiating through the left arm.

Doctors admitted him to the ICU and did an initial routine examination, suspecting him of acute myocarditis. His initial ECG reports showed non specific ventricular repolarization abnormalties in the sinus rhythm. Additionally, routine lab tests revealed an elevation in the C-reactive protein levels, creatine phosphokinase, high sensitivity troponin I, and brain natriuretc peptide. All of these are an indication for stress injury to the heart.

The doctors discharged the patient a week after full recovery. However, the authors claim that more research is required for the identification of the relationship between monkeypox and myocarditis.

Monkeypox spreads via close contact with lesions, bodily fluids, respiratory lesions of those infected. Moroever, other than rashes, the symptoms are fever, chills, respiratory distress, muscle aches, and swelling of the lymph nodes. However, majority infections are mild and the symptoms heal within two to four weeks. Additionally, getting vaccinated against monkeypox is a must for those who have been exposed to the virus.