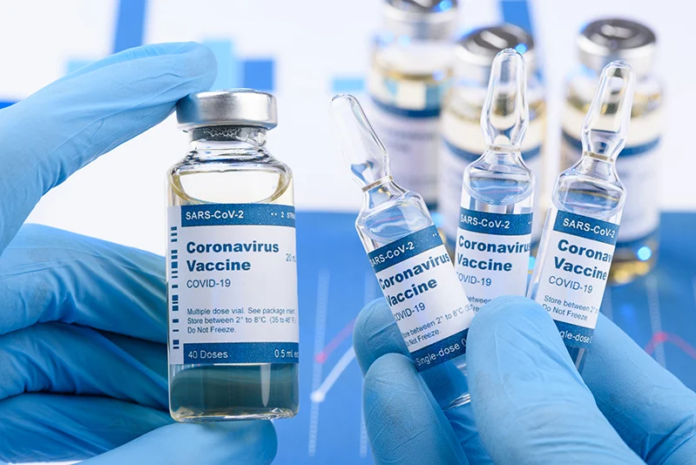 Facial muscle weakness or paralysis, also referred to as Bell’s palsy can be associated with many conditions, including hormonal changes during pregnancy, cancers, traumatic injury and viral infections. Although, the nerve palsy is often because of an unknown cause. The paralysis is unilateral and reverses spontaneously, causing partial or complete acute weakness of the face. This article highlights a possible link between Pfizer-BioNTech vaccine and Bell’s palsy.

The case of a patient who experienced facial palsies after both doses of the Pfizer-BioNTech COVID-19 vaccine strongly suggests an association between Bell’s palsy and the vaccine. According to the BMJ case report, the patient experienced two separate unilateral facial palsies, shortly after the first and second dose of the COVID-19 vaccine. The muscles on the side of the patient’s face became paralysed.

The occurrence of the paralysis immediately after the COVID-19 vaccine dose suggested that the palsy was attributed to the PfizerBioNTech vaccine. However, according to the authors of the study, “a causal relationship cannot be established”.

The patient had no previous history of facial nerve palsy

The 61-year-old Caucasian man experienced Bell’s palsy on the right side of after 5 hours of getting the vaccine. The second, more severe episode happened on the left side of his face two days after he received the second dose of the vaccine. He had no previous history of facial nerve palsy. His medical history was significant for high blood pressure, high cholesterol, a high BMI and type 2 diabetes.

According to the report, both doses of the vaccine were administered in the patient’s left arm. The patient reported to the emergency room after he was unable to close his left eye and move the left side of his forehead properly. The doctors diagnosed him with Bell’s palsy and ordered routine blood tests and a CT head scan. The results of the test showed no abnormal findings. The patient was discharged on steroids.

Six weeks later, the patient received his second dose of the vaccine and developed a more severe left-sided nerve palsy.

Two days after receiving the second dose of the vaccine, the patient developed severe left-sided paralysis with difficulty swallowing, inability to close the left eye and dribbling. He reported to the emergency where doctors prescribed him with a second course of steroids. He was referred to ENT and ophthalmology for further evaluation.

His symptoms showed significant improvement after the steroids and the patient was advised to discuss future mRNA vaccines with the GP on a case-by-case basis, taking into account risk versus benefit of having each vaccine,” as stated in the report.

“The patient has been advised to discuss future mRNA vaccines with the GP on a case-by-case basis, taking into account risk versus benefit of having each vaccine,” the authors added.