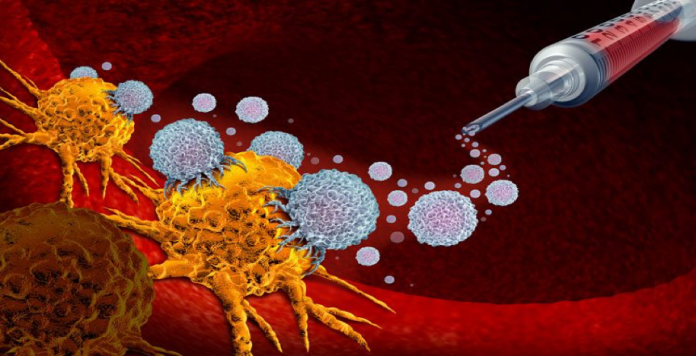 If you grew up in the ‘90s, chances are that you’ve seen or at least heard of the movie, ‘Osmosis Jones’. The protagonist is a white blood cell named Osmosis Jones. Armed with a gun, he is on a mission to save the body against a deadly virus attack.

White blood cells or leukocytes are a group of cells responsible for forming your immune system and protecting your body from multiple foreign invaders. A subtype of white blood cells is lymphocytes, which are further divided into B-lymphocytes and T-lymphocytes. T-cells have recently gained a lot of attention for their role in treating cancers. According to the World Health Organization (WHO), cancer is the second leading cause of death globally and in 2018 it was responsible for 9.6 million deaths.

Over the years, scientists have conducted several experiments in the hopes to discover a treatment for cancer. T-cell therapy is one of the few treatment options that has garnered a lot of support from the medical community. T-cell therapy involves removing T-cells from the body, modifying them and then infusing them back into the patient’s blood to target cancer cells.

A study conducted in 2013 aimed to treat Acute Lymphoblastic Leukemia using chimeric antigen receptor-modified T-cells (CAR-T). Approximately 90% of the patients saw a complete regression. Although highly effective, there are also multiple downsides to CAR-T. It is not as effective against solid tumors and the entire therapy needs to be personalized individually because of a T-cell receptor (TCR) called human leukocyte antigen (HLA). HLA helps T-cells detect cancer cells and varies between individuals.

Recently research conducted at Cardiff University, UK, discovered a new kind of T-cell receptor called MR1. MR1 does not vary between individuals thus, having the potential of treating a wider range of people. This receptor has the ability to distinguish between healthy cells and cancerous ones, killing only the latter.

According to Cardiff University’s head of Hematology, Professor Oliver Ottmann, this new type of T-cell therapy not only has the potential to overcome the limitations of CAR-T but also treats a wider range of the population.

Thousands Infected with Brucellosis in China

Can Outer Space Affect Your Brain?

Can Binge Drinking Affect Your Level of Empathy?

Migraines Given the Green Light (Therapy)