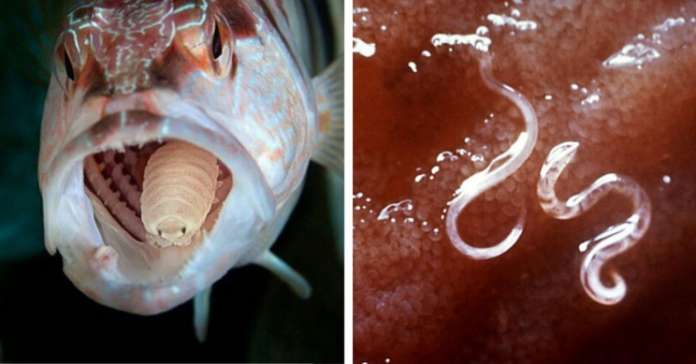 Medicine is filled with stories of research enthusiasts who would always be down to go the extra mile for research. Researcher and doctor Claude Barlow went down a similar road, to learn about schistosomiasis, a painful and chronic disease caused by parasites, trematode worms of genus Schistosoma. The disease has a high mortality rate. Symptoms of schistomsomiasis include, bloody stools, diarrhoea, vomiting, anorexia, nausea and abdominal pain.

Barlow’s aim was to find out whether the US troops were potential carriers of the infection, infecting US snails as a second host.

However, Barlow’s attempts to bring back US snails via snail mail failed because the snails kept dying in transit. Despite knowing that the disease is extremely fatal, he took it upon himself to become the carrier of disease. He put 224 schistosome larvae on his arm over a time period of 21 days to let them in.

What’s more, this wasn’t the first time he was doing this. He had once transported parasitic worms inside himself from China, to study Fasciolopsis buski. After returning home, he distributed these worms to colleagues. Barlow had also infected Billy, a baboon with the parasites who died on the plane to the US.

On his way home, Barlow started experiencing symptoms of schistosomiasis.

However, this was just the beginning. 11 weeks after the initial infection, Barlow was feverish and began ejaculating eggs in his semen. Other symptoms included, nausea, blood in urine and difficulty breathing. Three months into infecting himself with the parasites, his scrotum began “exuding serum” with fevers. In addition, he had a distressed bladder, having to urinate every 20 minutes.

However, he was determined to carry on with the experiment.

Knowing that the baboon died of schistosomiasis, Barlow did not seek any medical help. He gave the patches of the baboon’s skin to be studied. However, he finally realised how dangerous the situation was and went to Egypt for treatment. Doctors treated him with a highly toxic and risky drug with a side effect of vascular collapse. The medication damaged his heart. But, a year and a half after the infection, the eggs stopped leaking from his body fluids and solids.

Unfortunately, the university did not have enough snails for him to conduct the experiment, therefore, all of his efforts were useless.