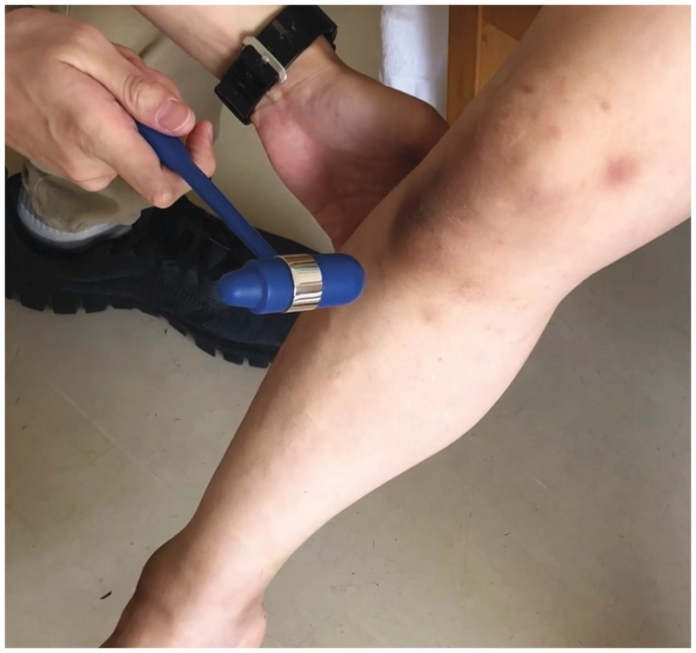 A 54-year-old woman presented to the neurology clinic with gait that had worsened over the course of 2 years. She had a history of papillary thyroid cancer for which she underwent thyroidectomy. She also developed hypothyroidism after the thyroidectomy.

The patient was currently on levothyroxine therapy and euthyroid. Physical examination showed generalised deep-tendon hyperreflexia, irritability, disinhibition, mild dementia, protrusion, motor impersistence of the tongue and generalised chorea. The patient’s legs were notably extended for several seconds after the patellar tendon was stimulated. The findings were consistent with the diagnosis of hung-up knee jerk.

For further evaluation, a magnetic resonance imaging of the head was performed, which showed atrophy of the caudate nuclei. Whereas, genetic testing showed expanded CAG repeats in HTT. The findings were consistent with Huntington’s disease.

The patient was treated with haloperidol after which the hung-up knee jerk resolved.