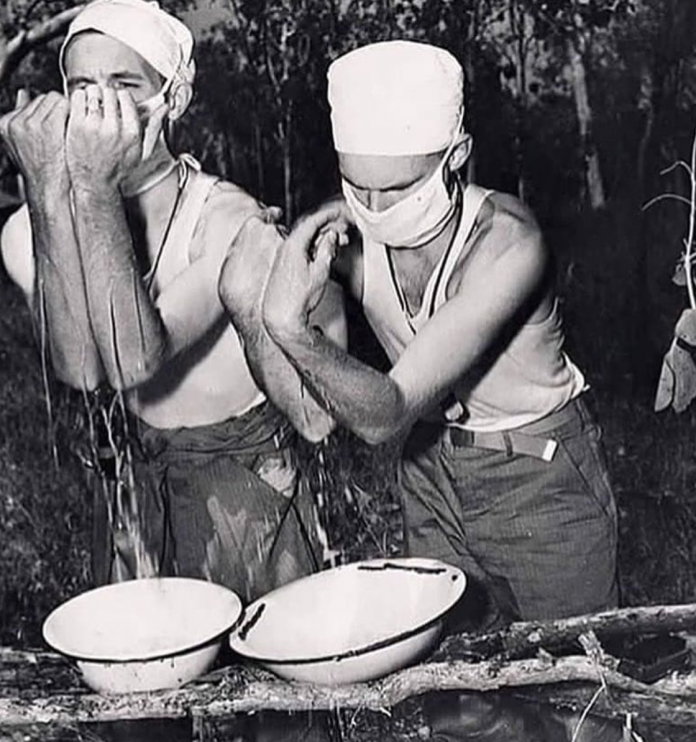 Ignaz Semmelweis, a Hungarian doctor working in Vienna General Hospital, is known as the father of hand hygiene. In 1846, he noticed that the women giving birth in the medical student/doctor-run maternity ward in his hospital were much more likely to develop a fever and die compared to the women giving birth in the adjacent midwife-run maternity ward. He decided to investigate, seeking differences between the two wards. He noticed that doctors and medical students often visited the maternity ward directly after performing an autopsy. Based on this observation, he developed a theory that those performing autopsies got ‘cadaverous particles’ on their hands, which they then carried from the autopsy room into the maternity ward. Midwives did not conduct surgery or autopsies, so they were not exposed to these particles.

As a result, Semmelweis imposed a new rule mandating handwashing with chlorine for doctors. The rates of death in his maternity ward fell dramatically. This was the first proof that cleansing hands could prevent infection. However, the innovation was not popular with everyone:  some doctors were disgruntled that Semmelweis was implying that they were to blame for the deaths and they stopped washing their hands, arguing in support of the prevailing notion at that time that water was the potential cause of disease.

Sadly, the hand hygiene practices promoted by Semmelweis were not widely adopted. In general, handwashing promotion stood still for over a century. It was not until the 1980s, when a string of foodborne outbreaks and healthcare-associated infections led to public concern that the United States Centers for Disease Control and Prevention identified hand hygiene as an important way to prevent the spread of infection. In doing so, they heralded the first nationally endorsed hand hygiene guidelines, and many more have followed.

Painful medical instruments in past