Home Medical Cases Fumigation Made a Family of Four Unwell! 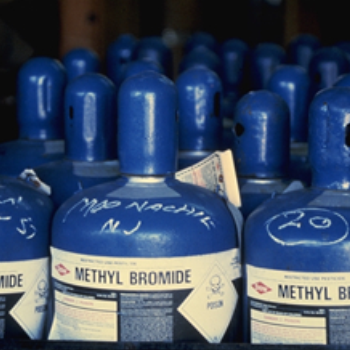 Fumigation fights pests and bugs, but can it make us sick too? A case of a family of four sickened after fumigation!

A family of 4 was staying at Sirenusa Resort in Cruz Bay in St. John. They fell ill following fumigation in a room of the resort around 2 days prior to their stay.

The authorities started a criminal investigation. The main concern of the investigation was to find out whether the fumigation used methyl bromide, which is a toxic and restricted chemical.

This chemical can cause acute illness and may damage the nervous system and the lungs.

The family suffered symptoms that warranted hospitalisation. The father, who is a headmaster at middle school, recovered well. His wife, who is a dentist, also recovered without any long-term complications.

However, the kids were more critical than the parents, but the doctors were hopeful of their full recovery too.

“The EPA is continuing to work with the U.S. Virgin Islands government and others to gather information and will ensure that appropriate steps are taken if it determines any environmental regulations or laws were violated.”

They released an statement:

“Sea Glass Vacations (the rental agency for Sirenusa) does not treat the units it manages for pests but instead relies on licensed professionals for pest control services.”

What can methyl bromide do to humans?

Methyl bromide is used as pesticide and as fumigation chemical too.

At high concentrations, it can severely injure the lungs and may cause pulmonary oedema, consequently impairing respiratory function. Neurological effects include headaches, weakness, fainting, dizziness, confusion, speech and visual disturbances, tremors, and even paralysis and convulsions.

Not only this, it can also cause liver and kidney impairment.

Other effects include irritation to the eyes, skin and mucous membranes of the upper respiratory tract. Moreover, it can also cause itching, redness, and blisters.

Effects after long term exposure include mild functional neurological impairment, degenerative and proliferative lesions in the nasal cavity, and epithelial changes of the stomach.

Mild symptoms may improve spontaneously. However, severe toxicity may require hospitalisation. Treatment is largely supportive. Dimercaprol (BAL) may act as an antidote sometimes, but the benefit is still unclear. Patients with kidney failure may require dialysis.