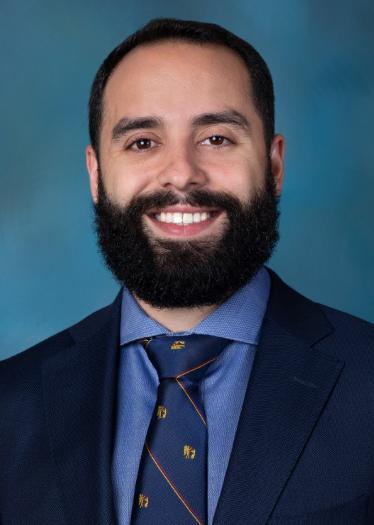 On a typical Saturday morning, when most people might be out and about, Dr. Michael Assayag is found on his couch replying to his patients’ messages; because such is his passion and dedication to his work.

Dr. Michael Assayag was born and raised in Quebec City, Canada. He completed his medical degree and later his orthopaedic surgery residency training at Laval University in Quebec City. Although since childhood he had an interest in the medical field, this wasn’t the case when the time to make decisions about his career came through. His two older siblings at the time had decided to pursue a career in medicine, much like their mother. But like any rebellious teenager, Dr. Assayag began to oppose the decision of following in their footsteps. However, his family reminded him of his past interest, and he reluctantly agreed.

He expected to be unhappy at medical school. However, after the first few years and after starting his clinical rotations, he fell in love with the field. He was reminded of his childhood dream of becoming a medical professional. The complexities of the human body further ignited his passion.

Later, when it came time to choose a speciality, the functionality and structured approach of orthopaedics attracted him to the field.

Dr. Michael Assayag is specialized in limb lengthening and deformity construction; a field of orthopaedics he describes as similar to gardening. Moreover, he links his interest to the complexities of the treatment and the problem-solving aspect of this particular field of orthopaedic surgery.

Keeping up with the Passion

As rewarding as orthopaedics is, it is also quite challenging. The long hours of training and surgeries can have a huge impact on your life.

While taking the time to disconnect is of utmost importance, Dr. Michael Assayag also believes in constantly evolving. Unlike other orthopaedic surgeons, he does not stick to the same problems or procedures every time. Instead, he’s always taking on bigger, more complex, and different procedures. Continuously challenges himself to keep his passion going.

The Ups and Downs of Orthopedics

Dr. Assayag not only specializes in limb lengthening and deformity surgery, but also in traumatic injuries, bone and joint infections, and pediatric procedures. Thus, helping to bring smiles to the lives of hundreds of people. However, for Dr. Assayag the greatest moment of happiness during his career has been meeting his wife. Whom he actually met at work.

During his practice, there have been moments when Dr. Assayag felt anxious despite finding the right solutions to a problem. However, reminding himself that he can handle anything thrown his way is a source of great happiness for him. A further source of joy is his team of mentors, therapists and assistants. He believes being surrounded by this perfect network, people he calls his lifelines, is what keeps him happy in his work.

“Panic is what kills”

However, no amount of happiness comes without some form of struggle or stress. Learning to deal efficiently with such stressful moments is an important skill to possess.

According to Dr. Assayag, learning to relax is the first step in dealing with any stress or challenge. Furthermore, having a work-life balance and ways to disconnect are equally important.

For Dr. Assayag, his Gibson is his steam valve. He often spends his time playing his favourite heavy metal tunes and strumming away the anxiety. Additionally, he also runs to get rid of all that stress. These are his two favourite forms of meditation that help him clear his head and come up with solutions for his problems.

Other than lengthening and saving limbs in Baltimore, Dr. Assayag is also part of Team Sinai at Operation Rainbow. This is a non-profit organization that offers medical care to lesser developed countries. Teams work together to find funding, and then create a bridge between hospitals and communities with established physicians.

Dr. Assayag believes that it is through a mixture of luck and virtue that he came to become a part of this organization. Through Operation Rainbow, he has performed surgeries in Haiti and Guatemala, helping to improve the lives of adults and children.

He is also a huge supporter of the Save-A-Limb Fund which provides financial assistance to kids who can’t afford care.

“There is always a way out”

Whether he was starting a new clinical rotation or got a bad comment from an attending, there were multiple moments as a medical student where Dr. Assayag felt anxious or scared. However, learning to relax and staying focused always helped him deal with his emotions.

Ask Yourself: What led you to medicine?

Often at times, we are faced with challenging situations that make us re-evaluate our goals and think about whether the path we’re following is the one we want to continue with or not. These conflicting emotions are further intensified by ruminating over the consequences, the fear of judgement from those dear to us, and the feeling of not being good enough. However, Dr Assayag recommends finding the path of happiness for yourself, and never being scared of switching paths.

Therefore, Dr. Assayag advises medical students to keep an open mind and relax. In moments where one feels inadequate or overwhelmed, it is important to remind oneself of the reasons that led them to the medical field in the first place.