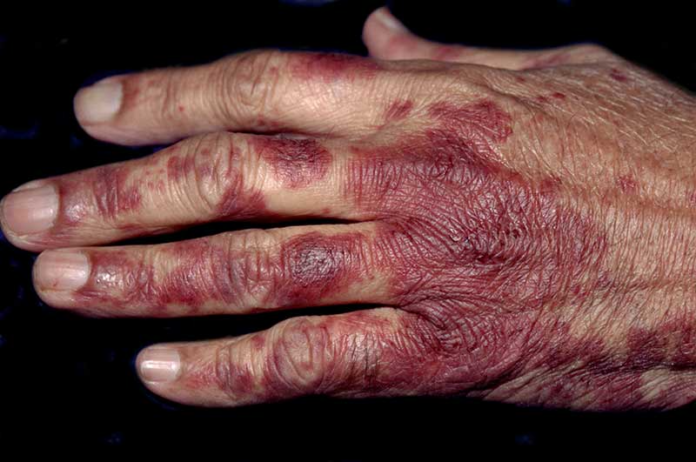 This article describes the case of acral erythema in a 61-year-old woman with a history of non-Hodgkin’s lymphoma. The lesions appeared after the patient developed severe neutropenia. The event occurred during therapy with methotrexate and leucovorin rescue, bleomycin, prednisone, vincristine, cyclophosphamide and doxurubicin. Presenting symptoms of the disorder include intense and painful erythema of the palms and soles. In severe cases, the erythema progresses to the formation of vesicles and bullae. Chemotherapeutic agents are a known cause of the condition, as with this case.

Studies have shown that genetic polymorphism of enzymes involved in the metabolism of some fluoropyrimidines. For example, Capecitabine, used for the treatment of breast, colorectal and gastric cancer is a culprit in the development of polymorphism of enzymes. In most cases, the condition is dose-dependant. Peak drug concentration and total cumulative dose determine its occurrence. More commonly, drug concentrations that result in sustained serum levels of cytotoxic agents is associated with acral erythema.

Multitargeted tyrosine kinase inhibitors and other angiogenesis targeting drugs are also associated with hand-foot skin reactions. However, the clinical and histological pictures of the reactions differ from typical erythema that develop in standard cytotoxic agents.

The lesions usually resolves within 2 to 4 weeks of drug cessation.