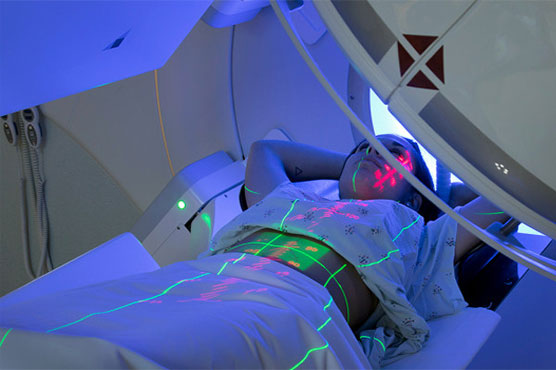 The therapeutic potential of radiation wasn’t discovered until the 1900s. Initially, radiotherapy was considered to be free of harm and a wonder cure for all types of ailment. It wasn’t until many years later it was discovered that exposure to radiation, even in small doses, can cause long term cell damage. Today, radiation is widely used as a treatment for cancer.

What is radiation therapy?

Radiation therapy makes use of high-energy particles or waves, such as x-rays, gamma rays, electron beams, or protons, to destroy or damage cancer cells. Radiation works by damaging the DNA of cancer cells, which grow and divide at a faster rate than normal cells. However, radiation can affect healthy cells as well as cancer cells therefore, it’s given in small doses to protect healthy cells by giving them time to repair. Radiotherapy is a slow process and it can take weeks for radiation to cause enough damage to the DNA of cancer cells, to kill them.

A new study conducted by Dr. James M. Metz, director of the Roberts Proton Therapy Center and Chair of Radiation Oncology at the University of Pennsylvania, states that there may be a way to administer radiation at record speed, killing cancer cells in a matter of milliseconds, while also protecting healthy tissue. According to previous research, this unconventional technique called FLASH, or ultra-high dose rate radiotherapy, used electrons to minimize healthy tissue damage while targeting tumor cells.

To test their hypothesis, the team of researchers built a radiotherapy apparatus to deliver FLASH therapy using double scattered protons, via CT (computed tomography) guidance. This was then applied to a mouse model of pancreatic cancer and they found that it successfully targeted the tumor while reducing gastrointestinal damage.

According to Dr. James M. Mertz, this is the first published report that demonstrates the feasibility of using protons, instead of electrons, to generate FLASH doses, with an accelerator currently used for clinical treatments.

Next the researchers aim to design an apparatus that can deliver FLASH therapy to humans, in a similar manner.