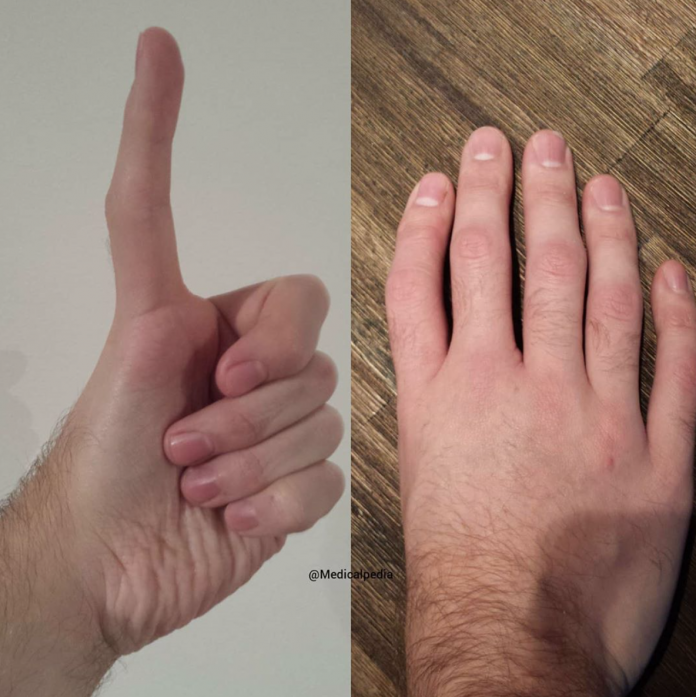 Triphalangeal thumb (TPT) is a congenital hand anomaly in which the thumb has an additional phalanx. The true incidence of the condition is unknown, but is estimated at 1:25,000 live births. In about two-thirds of the patients with triphalangeal thumbs, there is a hereditary component.

Clinical presentation of triphalangeal thumb can vary considerably and can be present in both hands or unilateral. The thumb can be long with a ﬁnger-like appearance. The presence of clinodactyly depends on the shape of the extra phalanx varying from wedge-shaped to rectangular. Various joints, ligaments, muscles, and tendons of the ﬁrst ray can be hypoplastic or absent, with varying degrees of stiffness or instability.

In general the surgical treatment is done for improvement of the thumb function. However, an extra advantage of the surgery is the improvement in appearance of the thumb. In the past, surgical treatment of the triphalangeal thumb was not indicated, but now it is generally agreed that operative treatment improves function and appearance. Because an operation was not indicated in the past, there’s still a population with an untreated triphalangeal thumb.