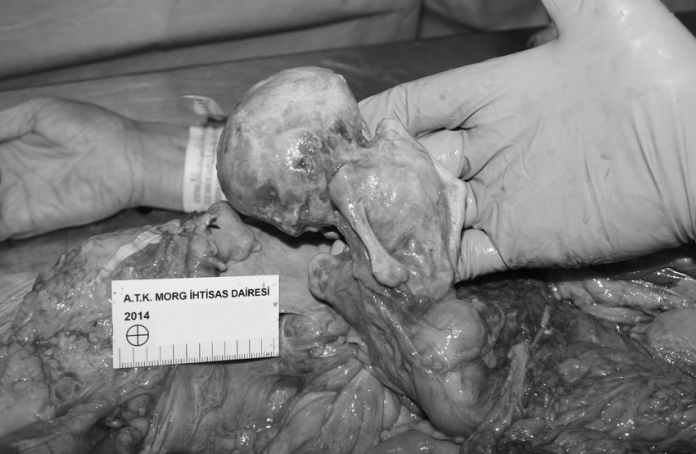 This stone baby was inside the mother’s pelvis for 40 years! Also known as lithopedion, the stone baby had been retained in a 77-year-old woman’s left pelvis, presumably for 40 years.

Lithopedion is derived from the Greek word lithos, meaning stone and paidion, meaning child. The term is used to describe a fetus that has become petrified or stoned. Lithopedian is a rare pregnancy complication that occurs when the fetus either dies or becomes too large to be reabsorbed by the body. This is a rare phenomenon and can be difficult to diagnose because it has different clinical manifestations. The occurrence of lithopedion is very rare in the modern era of medicine. The earliest case of a stone baby was discovered in 1582, in France and since then less than 300 cases of it have been reported.

However, physicians may encounter this rare condition in places where there is limited access to healthcare facilities and because of its difficult to diagnose clinical manifestation. Cases of this have been reported in women aged from 30 years to 100 years. Similarly, the estimated interval of retention of a stone baby is from 4 to 60 years.

Lithopedion generally consists of an ectopic pregnancy in which the fetus dies and cannot be reabsorbed by the mother’s body. The fetus coats in calcium-rich substance and calcifies on the outside as a part of a maternal foreign body reaction. It shields the body of the mother from dead tissue of the fetus and prevents infection.

It’s quite unusual for stone babies to stay undiagnosed for decaded.

A 6-Year Old Boy Born With 31 Fingers and Toes