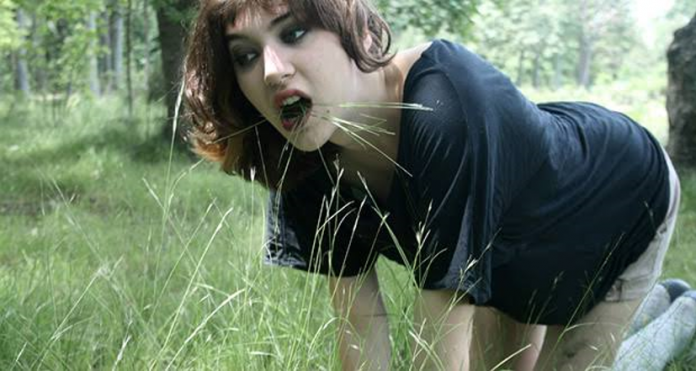 A  “melancholic”  man was demanding to be killed as he was convinced he was a “cow”;  he was mooing, crying “Hurry, cut my throat, take me to the butchery; kill me quickly as I am losing weight”. He wouldn’t take food or remedies from anyone. No healers could cure him and they felt helpless; hence turned to Avicenna who advised to tell the patient that the butcher was on his way to slaughter him. Avicenna went to the patient’s house shouting, “Where is the cow?” The patient came out, laid down, saying “I am the cow”. Avicenna bound his limbs and sharpened his knife in front of him. As a butcher, would measure an animal, Avicenna inspected him and stroked his sides and back. Afterwards, he persuasively said, this “cow” is undernourished; it would be a waste to kill him now. It should be fed, never be let hungry, and when it gains weight I will kill him”. They untied the patient’s limbs and brought food in front of him. Everything they gave to him of food and medicine, he took and ate without resistance. As he was accepting food, putting on weight, the delusion of being a cow faded away, and ultimately he made an improvement. [1]

The case of a man who believed that he was a cow is not a prank or a joke but a psychological condition. This psychological disorder is called Boanthropy. Boanthropy is a rare and serious psychological disorder in which a human being experiences mental metamorphosis from being a human to believing he is a bovinae. Bovinae is a biological classification which includes ungulates from 10 genera e.g. cow, cattle, buffaloes and bison etc. Those people who are victims of this bizarre mental disorder are very easily identified because of their behavior.

In this condition, patient appears to walk like a cow. They walk on the ground like a cow does by using their arms and legs. They stop talking like normal human beings and prefer mooing. They grab others’ attention by bellowing and bawling.  All of a sudden they develop a taste and craving for grass so their diet also consists of grass, hay and silage. They graze like a cow does and eat whatever plant they see because that is what cows eat. They can even join a herd of cattle to graze and browse. From behavior, diet to sounds, patients of boanthropy depict the character of a cow in real life.

The cause of boanthropy is still unknown. Many link it with religious perceptions whereas others think it is related to witchcraft and black magic. Boanthropy can be an additional aspect of another psychological disease such as Schizophrenia and Bipolar Disorder. A person might be hallucinating a lot which leads to altering their belief of existing as a human being.

Since the causes of boanthropy are not very well defined therefore the treatment also doesn’t exist in concrete form. If a human is seen grazing and mooing it is obvious they need medical help. Psychologists prefer psychotherapy and psycho-pharmacotherapy to help an individual give up this state of delusion.

Tapeworm had a neoplasm, the patient died

Stabbed in the eye after having a fight ver a parking lot!

In France, a 48-year-old male, new immigrant, known case of end-stage renal disease presented to the emergency room with complaints of difficulty in breathing....
Read more

If you grew up with grandparents, chances are you’ve probably seen them grapple with their memory on numerous occasions as well as,...
Read more

A 55-year-old woman was admitted to the hospital with a severe crush injury in both her legs after she got into a...
Read more