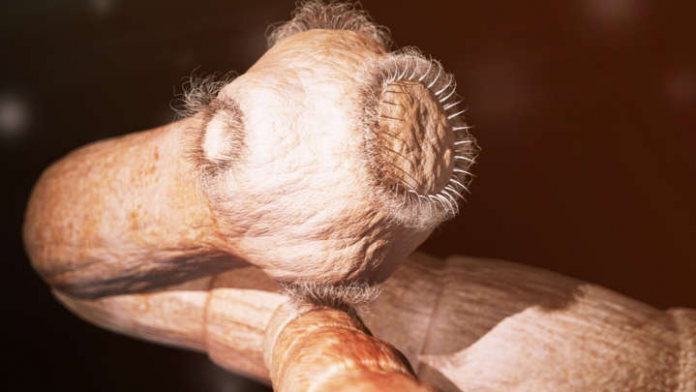 According to a doctor run podcast, a Fresno man visited an emergency room in California with a tapeworm that he removed from his own rectum. He later presented the tapeworm to the puzzled staff at the local hospital. The attending ER physician Dr. Kenny Banh requested de-worming medication after the patient marched into the Community regional Medical Center holding a strange plastic bag and the bizarre event unfolded.

The patient asked the doctor in the ER for a worm treatment, which according to the doctor was no a very common everyday request. However, the doctor in question, after opening the bag, quickly agreed to the claims of the patient. The bag contained a 5.5-foot-long (1.7-meter-long) adult parasitic flatworm that was curled around toilet paper.

Apparently, the worm was discovered by the patient after experiencing strange sensation that something else was living in his body and accompanied symptom of bloody diarrhea. The first thought that raced through the patient’s mind was that he was dying. He was scared to death that he was suffering with something very terrible. While pulling the parasite out, the patient actually thought he was pulling out his guts. He grabbed it and pulled on it, till it kept coming out. The worst-case scenario, after he picked it up to see what it was, the worm started moving! The patient was extremely startled after taking a giant worm out of his body. However, the patient took a sigh of relief after finding out that the entrails of the worm were intact. He quickly used the nearest toilet paper roll to wind up the worm as he pulled it out. He then put it in a plastic bag and head to the nearest ER.

The patient was quite keen to learn how he contracted the tapeworm to avoid any such experience in the future. The likely culprit was pointed out by the doctor after only a brief medical history. Reportedly, the patient ate his favorite salmon sashimi for several days at a stretch. Research shows that uncooked fish is swarming with parasites, including species of roundworms, flatworms and a few protozoans. Helminths are distributed worldwide and are the most common serious infection in impoverished countries. Exposure to vectors, diet, hygiene and climate effect the distribution of the diseases (Wakelin, 1996). However, fortunately, treating an infection caused by a tapeworm is easy. A single anti-parasite pill is typically sufficient to kill most tapeworms, the same pill is given to cats and dogs. In addition to this, as in this case, the drugs are administered even if the worm has been removed. Although, because tapeworms have segmented bodies, there is a possibility for a segment of the organism’s body to break apart easily and regrow. Moreover, each of the segments that is coming off can crawl independently and create thousands of eggs until released.

The patient walked out of the ER, with the requested medicine in hand and vowed to the doctor that he would never eat raw seafood again!