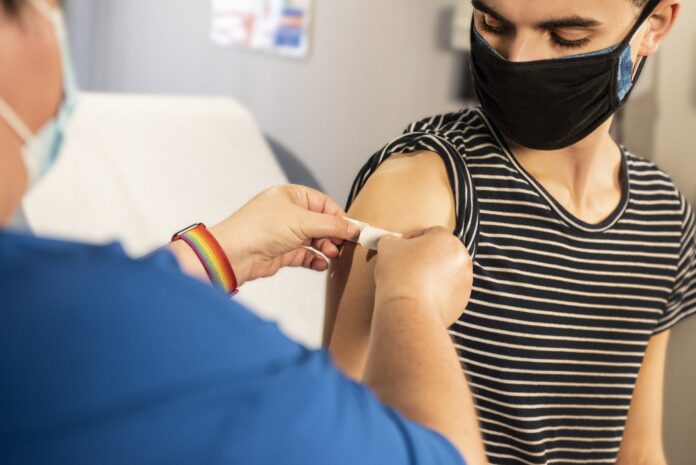 Influenza (or the “flu”) is a respiratory infectious disease caused by a group of pathogens called influenza viruses. Common symptoms include fever, sore throat, cough, runny nose, and body aches. However, the flu may also lead to death.

Although these symptoms are generally similar, the influenza viruses are actually different from each other. New strains emerge almost yearly and may be more lethal than the last.

That’s where flu vaccines come in. They help the body produce antibodies to fight against viruses. This first response is usually slower but the next time the body encounters the virus, it is ready to fight.

However, influenza virus strains continuously evolve, which means that flu vaccines are only effective for a short amount of time. The CDC recommends taking a new flu vaccine every year and scientists adapt the formula according to the new virus’ HA protein.

A better way to fight Influenza?

Therefore, researchers from the National Institutes of Health are now testing a new nanoparticle-based “universal vaccine” called FluMos-v1. They hope that this vaccine will be able to help protect against 4 different influenza virus strains.

Currently, researchers have only tested FluMos-v1 on animals, where it showed a better response as compared to the previous vaccines. The researchers are now moving forward with phase one of human trials to test its efficacy and safety.

This phase will include 40 participants between the ages of 18 to 50, split into 3 groups. While one group will get the standard vaccine as control, the two others will receive FluMos-v1 in differing doses of 20 and 60 micrograms.

After they receive the shot, the participants will keep a strict log of their symptoms and the site of injection so that the researchers can determine safety. Participants will return for further testing after 40 weeks so that the researchers can use immune titers to see if they happened to get infected with the virus and how did their body respond to it.

According to NIAID director Dr. Anthony Fauci, “The health and economic burdens of influenza are substantial, and the world badly needs improved flu vaccines. I am encouraged by the great promise of the VRC nanoparticle vaccine candidate, which so far has performed very well in pre-clinical testing.”