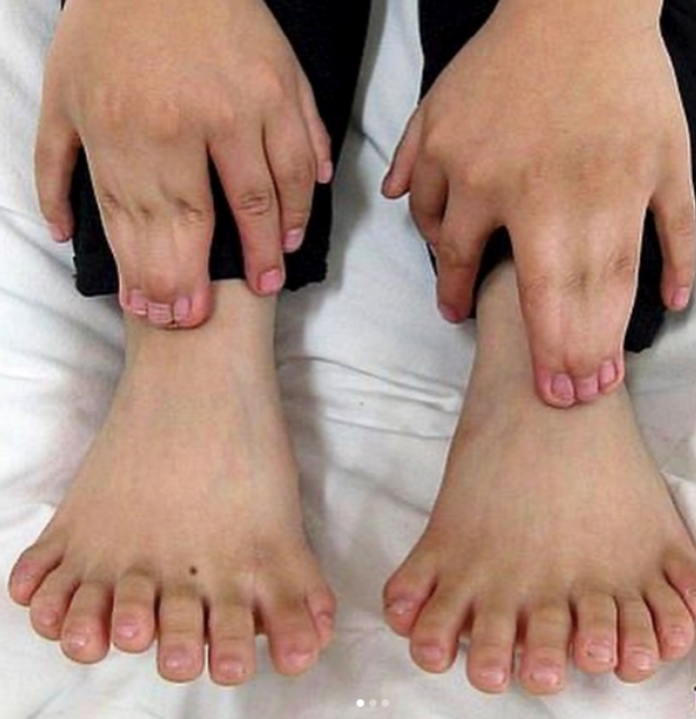 The case of a 6-year-old boy who suffers from a severe case of polydactyly and synpolydactyly of the fingers.

A vast majority of the occurrence is sporadic, meaning that the condition occurs without any apparent cause. However, the condition can also be because of an underlying hereditary syndrome or genetic defect. African-Americans are more predisposed to the condition compared to other ethnic group.

The cases of polydactyly are 1 in 1,000, although, serious cases like this one are quite rare. Surgical treatment of the condition generally includes excising the extra toe and reconstruction of the soft tissue around the reminding toe and it’s alignment. In addition to associated abnormalities. High risk corrective surgeries are not only challenging but also require an extensive post-op recovery regime.

Although it occurs in an estimated one in every 1,000 cases, serious cases like this are rare.

Synpolydactyly is a rare form of limb deformity showing a distinctive combination of syndactyly (joint fusion) and polydactyly (production of supernumerary digits). This is seen in the photo above.
Surgical treatment simply consists of excision of the extra toe and reconstruction of the soft tissue around the reminding toe and it’s alignment, as well as any associated abnormalities.
The high-risk corrective surgeries will deal with the boys’ bones, joints, skin, nails as well as critical veins, making them not only challenging, but also requiring an extensive post-op recovery regime.

An Extreme Case Of Gibbus Deformity