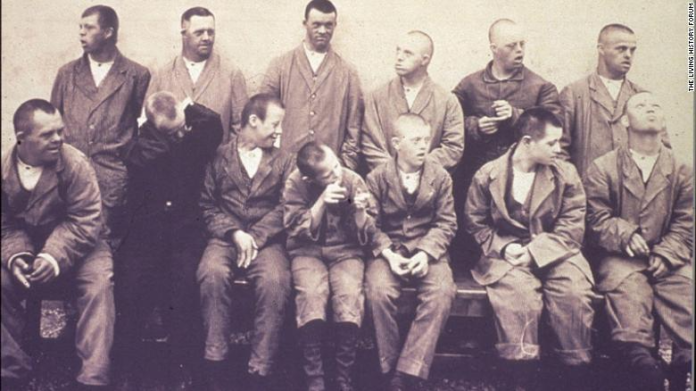 Vipeholm experiments – how scientists learned about the causes of tooth decay

The story of how scientists outlined the causes of tooth decay may sound like it was concocted to scare children away from candy, but it is, in fact, very much real. In the late 1940s in Sweden, scientists rotted the teeth of children and adults with mental disabilities and the experiment went on for years. The children and adults were deliberately fed sugary foods and sticky candies to see what it would do to their teeth. The experiments, known as the Vipeholm experiments were performed to build a connection between sugar and tooth decay.

In the 1930s, studies found that even children as young as 3 years of age had cavities in 83% of their teeth. However, it wasn’t considered an anomaly because dental care was basically nonexistent during this time. There were also no treatment options available other than pulling out the decayed teeth. Subsequently, toothlessness had become so common that to be recruited for World War I and II, the military required men to have at least six intact opposing teeth.

Most clues pointed to sweets because Orphans in children’s homes had fewer cavities compared to the general population as they couldn’t afford to have sweets very often. In addition, dental decay declined significantly during sugar rationing in WWI.

To curb the epidemic, the Swedish government commissioned a study funded by the sugar industry on the role of diet and sweets on tooth decay. And the perfect place to perform the study was the Vipeholm mental institution, a large mental health facility located just outside Lund, Sweden. The facility was turned into a home for people with severe developmental disabilities in 1935.

The children and adults included in the study were between the ages of 15 to 70 years. Their IQ was below 25 and most of them had a low life expectancy.

The study was conducted in three phases

At the beginning of the study, the participants teeth were closely examined. Examination showed that their teeth were in much better shape compared to the Swedish population as a whole. This was likely because of less sugar in their diet. In the first phase of the experiment, the children were given half the amount of sugar that was typical in a Swedish diet. They were also given vitamin supplements and fluoride. Two years into the study it was seen that the children had developed no cavities.

In the next phase of the study, children who were in confinements and were already being mistreated with cold baths when they misbehaved were included and given twice the amount of sugar typically consumed in Sweden.

At the end of the study it was concluded that sugar did, in fact, play a significant role in the development of tooth decay. Among the patient involved in the study, half had teeth that were completely rotten.

The Swedish cavity experiments: How dentists rotted the teeth of the mentally handicapped to study candy’s effect https://edition.cnn.com/2019/10/30/health/swedish-cavity-experiment-wellness/index.html