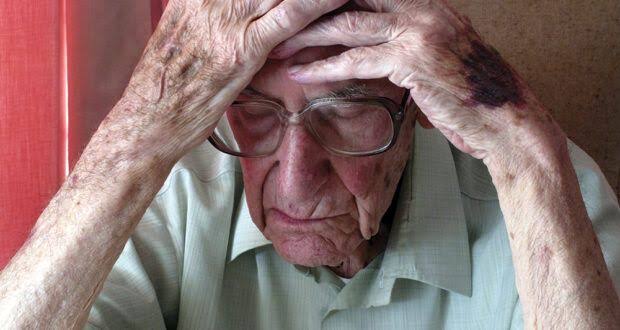 Over the years neurodegenerative disorders have been diagnosed on the basis of cognitive decline but by the time an effective diagnosis is made, neuronal networks are severely compromised and it is impossible to reverse the outcomes. To prevent these degenerative changes and their early diagnosis, now these patients are monitored for certain fluid biomarkers.

From an endocrine point of view, one of the most intriguing feature of most neurodegenerative disorders is increased level of glucocorticoids especially cortisol in body fluids. Glucocorticoids are cholesterol-derived hormones synthesized and secreted by the adrenal gland. Cortisol is the most potent Glucocorticoid and imbalances in its levels have been associated with diseases such as Cushing’s syndrome ( increased cortisol levels). Cortisol in high levels acts as immunosuppressant and anti-inflammatory agent .

Glucocorticoids exert their effects by acting on Glucocorticoid receptors particularly abundant in prefrontal cortex and hippocampal regions of the brain. Normally they are anti- inflammatory and help coping with stress but glucocorticoid overdrive and its chronic exposure is pro-inflammatory and degenerative. Glucocorticoids in excess activate microglia to produce mediators of inflammation and enhance demyelination. They increase the expression of NMDA receptors and activate NLPR1 inflammasome that induce hyperactive glutamatergic neurotransmission. (Glutamate is an excitatory neurotransmitter in the brain involved in the propagation of action potentials across synapses. Brain is very sensitive to the level of glutamatergic transmission as overdrives have been associated with mood and anxiety disorders and other neurological dysfunctions).

Alzheimer’s disease caused by intracellular deposition of hyperphosphorylated tau proteins and extracellular accumulations of beta-amyloid plaques, is a well known type of slow progressive dementia. It is characterized by high levels of cortisol in CSF and dysregulation of hypothalamic- pituitary axis (HPA axis). Hypercortisolemia is seen in patients of ALS ( amyotrophic lateral sclerosis). Hyperactivity of HPA axis has been indicated in Huntington’s chorea and Parkinsonism has been linked with changes in cortisol circadian rhythms. Mifepristone, a GR antagonist has been used successfully for the treatment of Cushing’s syndrome and promises similar outcomes in case of neurodegenerative diseases. Hence use of GR antagonists( glucocorticoid receptor antagonist ) is a good choice for delaying cognitive impairment and disease progression in such patients as indicated by experimental studies in Wobbler mice.