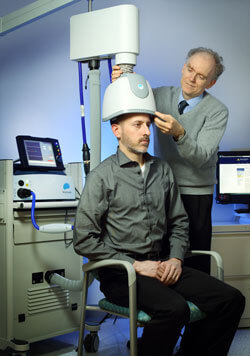 A 24-year old male smoker was admitted to the ICU for pulmonary consolidation and respiratory distress. The patient had a history of similar complaints for which he was kept in rehabilitative care for 3 months.

Tobacco kills more than 8 million people worldwide each year. Direct use of tobacco accounts for more than 7 million of these deaths while around 1.2 million deaths are reported annually as a result of non-smokers being exposed to second hand smoke( source: cdc/ tobacco related mortality index). What if there was a way to reverse the stats…?

The emotional and behavioral patterns of an individual are controlled by the limbic system of the brain. One of the most important functions of the limbic system is to decide the reward or punishment status of a stimulus through discrete reward and punishment centers. Using electrical stimulators, reward centers have been localized in the lateral and ventromedial nucleus of the hypothalamus. Stimulation of these areas of the brain gives a feeling of reward and pleasure (possibly due to release of dopamine neurotransmitter). On the other hand, using similar techniques in mice, punishment centers have been found in the grey region surrounding the aqueduct of Silvius (cerebral aqueduct that connects the fourth ventricle of the brain with the third ventricle) in the mesencephalon and extending upward into the periventricular zones of hypothalamus and thalamus. It is interesting to note that stimulation of these punishment centers frequently inhibits reward and pleasure centers completely indicating that fear has precedence over reward and pleasure.

Addiction: an overdrive mechanism of pleasure centers of the brain

Addiction can be regarded as an over-stimulation of reward and pleasure centers of the brain. The substance being abused (drug) causes surges of dopamine release from these centers that gives the feeling of euphoria. Dopamine is a reward hormone that is released during pleasurable activities.

Substances such as tobacco and other drugs when administered cause release of high levels of reward hormones from reward areas of the brain and create the sensation of pleasure by acting on particular receptors. This alters the natural rhythm of stimulation of these receptors, which now require high levels of hormones/ neurotransmitters to initiate a response. Their chronic exposure to high levels desensitizes them to low levels of neurotransmitters (down-regulation of receptors).

Dopamine released during normal activities such as after grasping a difficult concept or doing something that gives you a feeling of accomplishment is just enough to energize you and keep you going and hence never desensitizes the receptors. With regular use of tobacco and other addictive substances, the stimulation of these receptors to an extent to cause pleasure and euphoric feelings becomes drug dependent and your brain craves for these high surges of reward hormones every time you feel low (altered pattern of stimulation and down-regulation).

But there is a possible way to return the natural rhythm of stimulation of these receptors….!

Trans-cranial Magnetic Stimulation (TMS) is a safe, non-invasive procedure to stimulate different areas of the brain using magnetic field. This technique uses a coil that is placed near the scalp. An electric pulse generator connected to the coil induces a magnetic field in it through the phenomenon of electromagnetic induction. The changing magnetic field from the coil then electrically stimulates the brain areas. TMS is an effective non-invasive procedure currently being used for the treatment of patients of depression and other mood disorders.

2-can be done on a conscious patient.

3- is being actively used as therapy for patients of depression, anxiety, OCD and PTSD.

TMS is not recommended for people who have a history of seizures or have a metal plate in their head.

Tree Man in real or another Hollywood fantasy?

A Wireless Autonomous Implantable Device for the Brain