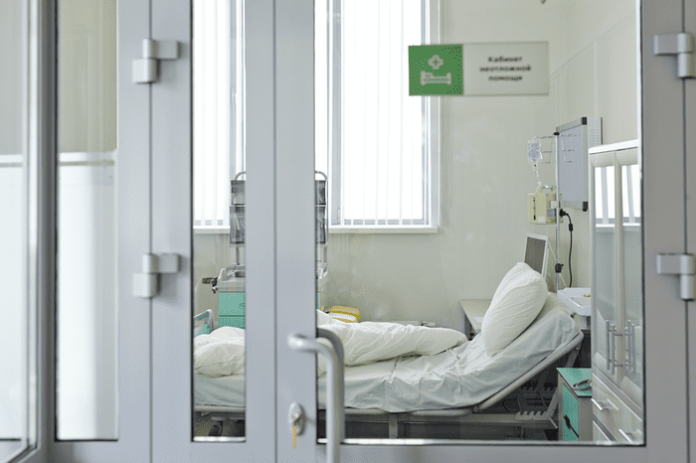 The bizarre death of the “toxic lady” (also “toxic woman”), Gloria Ramirez remains a mystery even after two decades of her passing. Ramirez was admitted to the emergency room in 1994 for cervical cancer complications. As the medical staff were treating her, many began to experience muscle spasms, shortness of breath and even began fainting. The nurses even noticed that a foul chemical like smell came from her blood.

The woman was admitted to the emergency room of Riverside General Hospital in California. She presented with symptoms of an increased heart rate, difficulty breathing and nausea. But what followed is one of the strangest medical anomalies till date. Before defibrillating the patient, the hospital staff noticed that Ramirez’s entire body was covered in an “oily sheen” that had a strange, pungent smell.

Upon drawing blood from the patient, one of the nurses named Susan Kane noticed that her blood had an ammonia-like smell. The attending physician also noted that there were strange particles floating in her blood. However, what’s strange in this whole scenario is that 23 of the 37 staff members who came into contact with “Toxic Lady” became mysteriously ill.

Shortly after the patient’s blood was drawn, the nurse fainted.

After the nurse was rushed away, a domino effect followed. And several other staff members experienced, lightheadedness, fainting, shaking and apnea. What’s more, the hospital had to declare an internal emergency because so many staff members started feeling sick. All other patients were evacuated to the parking lot.

Ramirez was later pronounced dead after almost an hour of CPR

Ramirez died of cardiac dysrythmia as stated in the autopsy report. Seems like an inevitable death. Two staff members moved Ramirez’s body to an isolated room, out of which, one of the staff members was hospitalized for 10 days after moving the body. The staff member complained of a burning sensation and began to vomit.

A medical resident who was the second to fall ill had the most extreme symptoms including avascular necrosis. And needed to stay in the intensive care unit for two weeks and used crutches for months.

There was zero physical explanation of why this was happening. Theorists believe that the hospital covered something up. Moreover, to cover it up, concluded that the entire staff simply suffered from mass hysteria. A hazmat team searched the entire hospital for two toxic chemicals that could have possibly caused the intoxication but nothing was found.

A few theories were suggested but nothing was concluded as the real cause of the mysterious illnesses. The lead investigator of the case killed herself one month into the investigation. Her colleague admitted that she was under tremendous amount of pressure.

Theory 2: DMSO gel Ramirez was using to alleviate pain because of cancer which could have even caused the strange smell. The dimethyl sulfone compound could have split apart after the electric shock and combined with naturally occurring sulphates, creating dimethyl sulfate which can cause convulsions, delirium, paralysis and damage the heart, liver and kidneys.

Ramirez was buried in her hometown two months after her dead and as of now the case still remains unsolved.