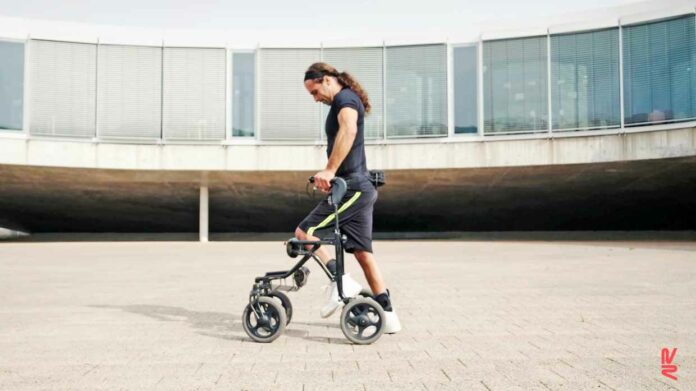 Michel Roccati, a 30-year-old male could not stand again after a tragic motorcycle accident. However, in 2019, he could walk across a promenade through perfectly timed spinal electrical impulses at Lausanne University Hospital in Switzerland.

Roccati is one of the three men with paralyzing spinal cord injury to be a part of the trial. A modified pro-type medical device was test-run on him, which will be able to help people regain movement again.

The device is surgically implanted for chronic pain treatment for a decade. Scientists modified the technology; it sends electrical signals to only certain areas of the spinal cord. It helps people with injuries in their spinal cord to stand and even walk again. People who do not have spinal cord injuries get these signals from the brain when they want to move their limbs.

Furthermore, in a study in Nature Medicine, Swiss researchers used the device to help the men move. Within hours all three men could move their legs. They practised specific activities for one day and were able to stand, walk using a walker, cycle, and swim. Therapy helped them do all of it outside the lab in the real world.

Co-author of the research Dr. Jocelyne Bolch, Associate Professor of Neurosurgery at the university hospital said,

The device does not target pain receptors like the traditional spinal cord stimulators. The novel device uses personalized electrodes targeting the spinal nerves that control the movement of the legs and trunk.

Dr. Eellan Sivanesan, director of neuromodulation at Johns Hopkins Medicine said that the research that has been conducted so far on the stimulation of the spinal cord has been done on animals. Moreover, it has been very challenging to translate it to humans. However, he wasn’t a part of the new research.

The device that has been implanted is connected wirelessly to smartphones and tablets using the software. It helps the users in doing activities they prefer doing. Moreover, the patients have two handheld buttons that can control movement. Activating specific electrodes that control movement and are connected to the nerves. For instance, walking around prompts the nerves in one leg allowing the patient to stand straight. While the other leg swings forward to take a step.

According to experts, the device is life-changing.

Since the spinal cord is complex, the neurons at the site of injury die after a traumatic injury.

Although she wasn’t a part of the study she further added,

The new research comprised of a prototype, which used a modified version of the spinal cord stimulator. It is also approved by FDA for treating pain. A similar personalized device designed in the US will be implanted in the first patient in the following month. Moreover, forty-nine other people in the US will undergo surgery for the device implantation next year.

One of the authors of the study, Bloch said that the participants received the device years after their injury.

According to Grégoire Courtine, professor of neuroscience at the Swiss Federal Institute of Technology, the team is also further investigating a specialized spinal cord stimulator. They will see whether it will connect to the motor cortex directly. It is a part of the brain that controls voluntary movements. A person would be able to stand up soon after thinking about it and no tablets or buttons will be necessary.