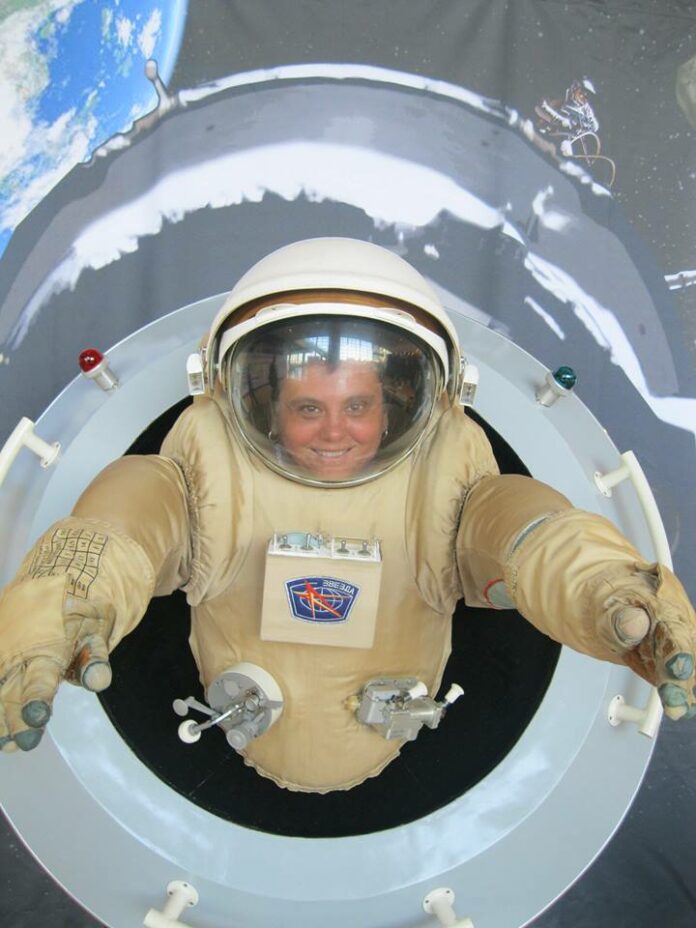 Space and Medicine are worlds apart. But can we combine these two in one? Check out the fascinating story of Professor Thais Russomano’s journey through the world of space and medicine.

Professor Thais Russomano was born in Porto Alegre, Brazil. She was fascinated with space from a very young age. As a child, she often dreamt of becoming either an astronaut, an astrophysicist, or an astronomer. Her life was consumed by her love of space. So much so that at the age of 8 years, she went on to create a Club of Astronomy for children. However, when it was time to decide a career, Prof. Russomano chose a different path for herself. Although her family was highly supportive of her dreams, they were concerned as to how a career in space would work in real life. How would she support herself?

Therefore, Prof. Russomano decided to pursue her other passion, medicine. A huge factor that drove her to this decision was her uncle who she idolized. He was the only doctor in a family of lawyers, and she immensely admired him. And so, space science became her hobby and medicine became her career. However, what she didn’t know at the time was that in a few years she would be pulled back to the world of space and begin her journey in Aerospace Medicine.

Her big break came at one of her visits to her uncle at John Hopkins University. It was during their chat that he recognized her passion and pushed her to do something in the field of space. He placed a call to NASA, inquiring about possible courses. At the time, the only course available for a master’s degree was in aerospace medicine. Prof. Russomano took that as an opportunity to combine her childhood dream and her profession.

The Language of Space

Thus, after completing her medical college and a four-year Internal Medicine residency program, she applied for the master’s degree at Wright Space University.

The program exposed her to people with similar dreams as her. She was surrounded by people who, just like her, had dreamt of being astronauts and pursuing space science since childhood. She felt as if she could finally converse in a language she knew, space.

‘For the first time in my life, I was speaking my language’ – Professor Thais Russomano

She then went on to complete a PhD in space physiology at King’s College London. Since then, Prof. Russomano has worked for a space agency in Germany, established a space life sciences research center, and even set up her own company called Innovaspace.

As humans we often collect certain moments of happiness in our mind and revisit them from time to time. These moments of joy and fulfillment serve as a constant reminder of life’s unpredictability and hold great importance for us.

‘Every single phase of your life has its own beauty, and you cannot repeat that……I believe the most important moment in my life was when I did my first parabolic flight. Because I was studying and researching the effects of microgravity in the human body for years by that stage, I wasn’t happy in the sense that I didn’t have experience. In my head I thought, “What is microgravity?” The first time, the first moment I floated, the thought that crossed my mind was “Oh that’s it, this is microgravity.” Suddenly I had this insight, a very important moment.’

Dealing with Challenges and Struggles

The fact that space science is still very much a male-dominated field means that women are often left competing for jobs that they are clearly more qualified for. Professor Russomano is no stranger to such prejudice. Since a young age, she had seen the women in her family go through similar struggles in other male-dominated fields.

One of her role models, her grandmother shaped the way she perceived the differences around her. And helped her establish herself in a world full of men.

‘I was very lucky in my life that I had my grandmother. For someone born in 1919, a woman, it was expected of her to get married and have kids. And suddenly she became a lawyer, a professor of Law, and wrote many great books. She was a coordinator at a session, and I looked around and noticed 99% of the audience were men. On the stage it was just her as a woman and both sides there were just men, men, and men. After the meeting I said, “Grandma, how do you feel leading a session that 99% of the people here are men?” And she said, “I don’t see women. I don’t see men. I see people.”

‘ I was really young at the time, and it really shaped my attitude in life.’

This is the reason Prof. Russomano went on to become a mentor for women pursuing careers in space. Although these initiatives are not a cure for the problem, they make people more aware of the struggles faced by millions of women around the world.

However, a journey such as hers does not come without its share of stress and crisis. Although it is not easy, Prof. Russomano believes with time one learns to become more patient, more determined.

‘It becomes easier overtime because you have more skills to overcome problems. For example, the situation of being a Latin woman. It was very difficult at first, but I was much younger. And after a while, I just didn’t care…… I feel that it is a learning curve.’

According to Prof. Russomano, she has been to over 40 countries around the world, and in the process has been exposed to multiple different cultures, religions, and ways of conducting science. These experiences not only helped shape the way she dealt with challenges, but also made her more determined and patient. Although one can’t avoid problems, exposure helps us deal with them better.

‘There is no formula. There is no one way of doing things, but I believe the best way of these things is to expose yourself as much as you can. So, you realize there is not just one way.’

A good doctor also has to be a good observer

Prof. Russomano’s journey is a source of inspiration for young professionals around the world who dream of combining their love of space and medicine. She advises that one must always complete their medical training and go on to complete various post-graduate programs before they pursue a career in space sciences. It is important to have a strong medical career so one has something to fall back on; since it is not easy to tread into space.

‘People tend to not observe things during their careers, during their practices, the way they are working… A good doctor also has to be a good observer.’

According to Prof. Russomano, young medical students aiming to revolutionize the field of medicine should learn to observe things around them. As that is the one skill that can help them change someone’s life.

Interview was made as a joint project of MEDizzy and in4Med Conference.