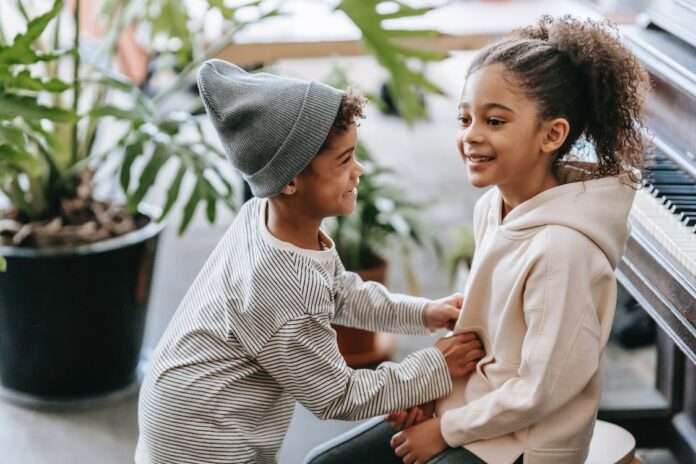 Several aspects of tickle response have been measured by a team of researchers working at Humboldt-Universität in Berlin. In their paper published in the journal Philosophical Transactions of the Royal Society B: Biological Studies, they explained why humans cannot tickle themselves. Moreover, the group described studying the physical reactions of several volunteers to tickling.

The researchers set to know more about tickling in this new effort of theirs. Hence, they took in twelve volunteers.

Each volunteer was asked to be seated and had their feet and underarms bared. This enabled their partner who was the tickler to have easy access. Moreover, the volunteers were asked to get to know each other before the tickling. The researchers also filmed the volunteers using a GoPro camera. One camera was aimed at the face and the other at the part of the body to be tickled.

When researchers studied the videos, they found what they expected, which was that the first reaction to being tickled was a change in facial expressions. They started to smile slightly by 300 milliseconds, followed immediately by a change in breathing.

After that, 200 milliseconds later, vocalizations started in the form of laughs generally. Furthermore, because of the tickling, the researchers asked the volunteers what sensation they were feeling. They found that the feet of the volunteers were more ticklish, and they also found that as the rate of tickling increased, their laughter became louder.

The researchers did the same experiment the second time. But this time around, they asked the volunteers to tickle themselves while being tickled by their partner. This resulted in a decrease in the ticklishness of the tickles by their partner.

Why can’t people tickle themselves?

Despite the experiments, the researchers have no clue about what is going on with the nervous system when tickling others. However, the theory is that people cannot tickle themselves because the brain sends tickling inhibitory signals when we touch ourselves. Because if that wasn’t the case, people would giggle even while wearing socks or scratching their arms.